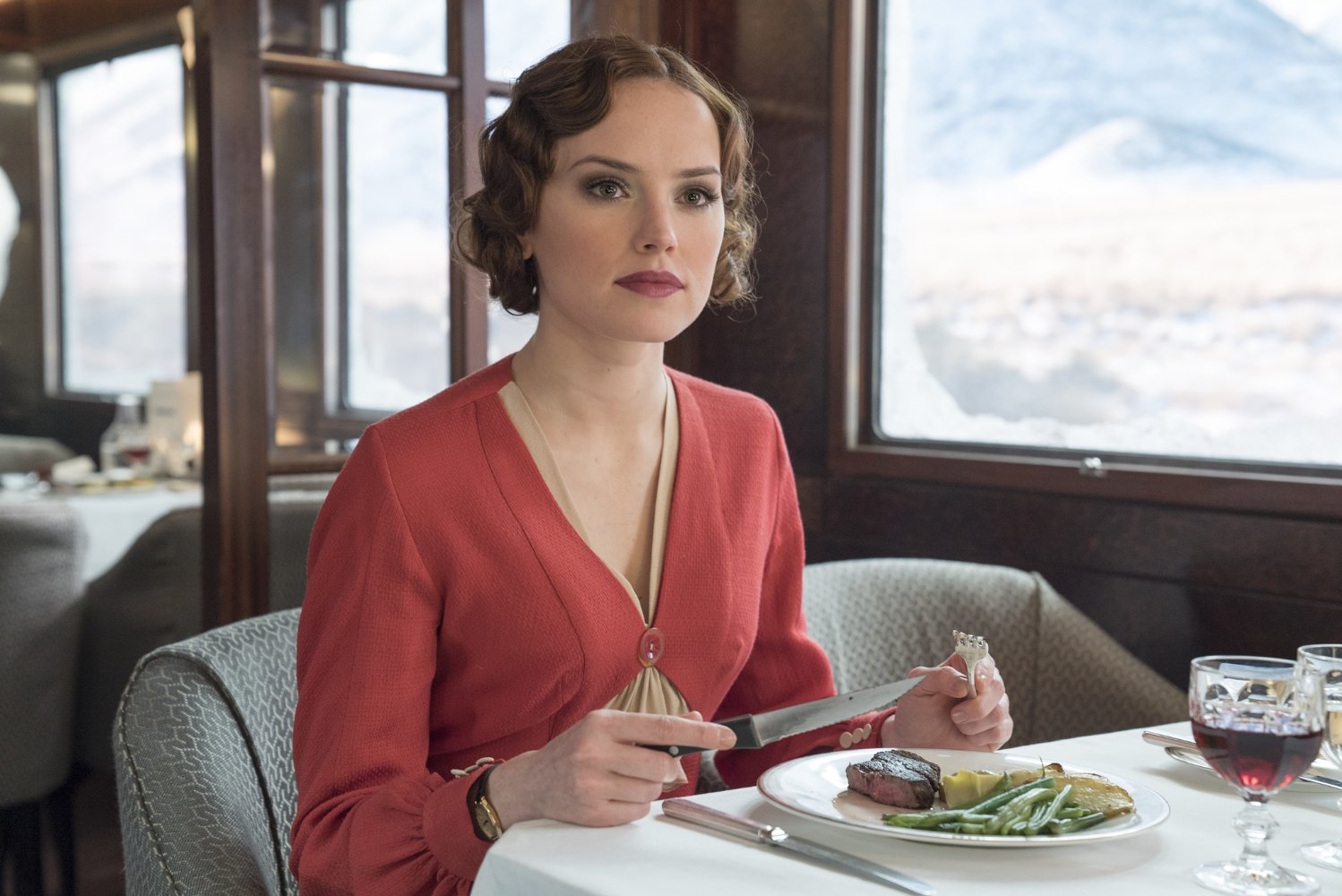 Published November 4, 2017 By Zack Evans
Review of: Murder on the Orient Express

Setting a movie on a train is a brave move – films in claustrophobic settings are hard work for a screenwriter. Often claustrophobia works because of the focus on the dynamics of a small group, but Murder On The Orient Express does not have this option either, as Michael Green has elected to include  everybody from a complex book. Director Kenneth Branagh made it clear from the outset that he was going to rely on cast and production to jump these hurdles, and chose to shoot on 65mm film for bonus marks.

This is one carriage with a limited number of cabins, but cinematographer Haris Zambarloukos and production designer Jim Clay (Children Of Men, Love Actually) have put a lot of work into making this feel like a period upscale hotel, including the unusual step of building sets comprising most of a carriage, rather than room by room. As a result there is a great sense of the space – the interiors look amazing, and extremely convincing. The film takes the time to show this off with some carefully thought-out sequences which make the setting part of the storytelling. For example, when Poirot first boards the Express, the point of view remains outside on the platform, with an astonishingly long tracking shot following him through the whole length of the train. This is interrupted by several encounters with staff and scenery, and finally an accidental collision with another highlight of the film – a pitch-perfect Michelle Pfeiffer, playing Caroline Hubbard fabulously well as a snarky, flirty divorcee who is definitely old enough to know better, but simply does not care.

The remainder of the film is Christie by numbers. We meet all the characters (this takes a long time – there are a lot of them), each drops a hint as to their motivation (just in case there’s anything to be deduced later on) and they all retire to their cabins to prepare for drama. The scene where the body is discovered is shot from above, providing disorientation and claustrophobia, and following Poirot’s thought process as he investigates the cabin later is great fun.

The following day, Poirot interviews everybody. There has been a lot of discussion around the casting approach for Murder On The Orient Express, and there is no shortage of talent here; but somewhere “ensemble” becomes “mob,” no matter who is involved. There just isn’t room in two hours to deal with this many characters and keep the whole thing cohesive. Willem Dafoe is wasted in this movie, with his strand that includes excellent foreshadowing in the performance but a later reveal that goes nowhere and adds nothing.

Branagh the actor struggles to provide Poirot’s traditional gravitas, hamstrung in the first part of the film by Branagh the director’s attempt to bring in elements of a Ritchie / Moffatt Sherlock. This doesn’t work in the period feel, and fortunately (but inconsistently) this disappears later in the film. He is further impeded by the forced nature of what little humour there is in the screenplay.

There are two other standout performances, with Dr Arbuthnot (Leslie Odom Jr.) avoiding Bad Movie Doctor even though he’s written that way; and his complex relationship with Mary Debenham (Daisy Ridley) is the only pairing that really works. Johnny Depp almost manages to disappear into his role as Ratchett – but his ’30s crooked art dealer is disappointingly similar to his ’70s Boston gangster in Black Mass.

The distributors have committed to show this on 70mm as well as digital, which is even more reason to go and look at it; the cast are amazing, and every performance is worth watching. It’s unfortunate that actually watching the whole thing is a very average experience.