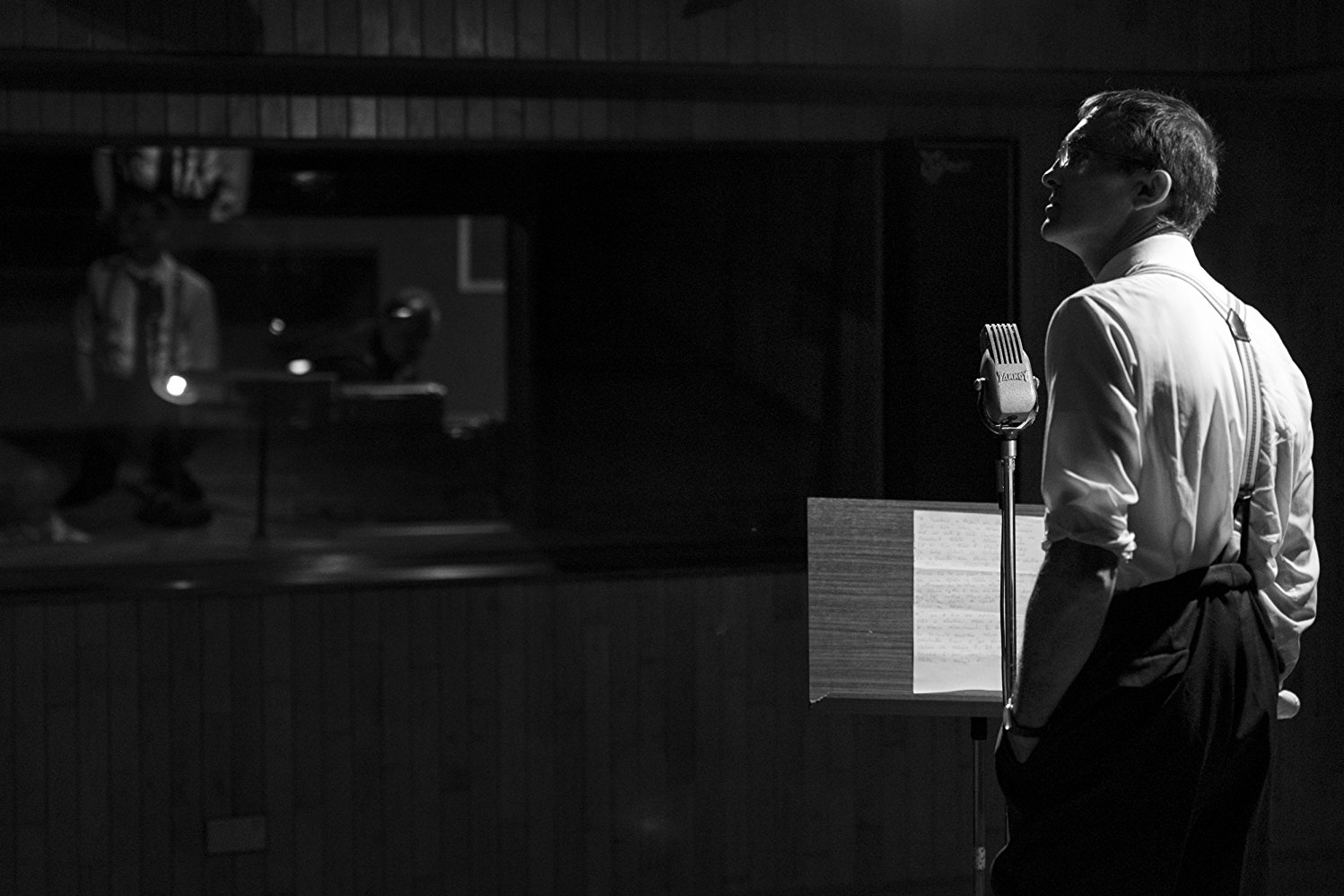 Published December 21, 2017 By Ian McMillan
Review of: Song of Granite

Song of Granite captures a few of these songs and beyond that a sense of the Ireland to which they belong. It is a beautiful, captivating, and thought provoking film.

So. Slow-paced, black-and-white, atmospheric films are not exactly my go-to thing for a weekend evening, but I’m a sucker for anything in the Irish language, and the trailer (https://www.youtube.com/watch?v=pBbfPpWPuoE) for Song of Granite, despite the English-language title, was just chock full of lovely natural Irish and I couldn’t resist.

Song of Granite is the latest offering from Pat Collins and is a biopic of Joe Heaney, the sean-nós singer from county Galway. Sean-nós translates as ‘old-style’ and typically refers to singing old Irish-language songs unaccompanied and in a highly ornamented (if somewhat nasal) way. In modern Ireland, you’ll not hear it in Temple Bar in Dublin, but if you get lucky you might get some after hours when the doors are shut in some rural Donegal pub. After much persuasion and whiskey, once the crowds have gone and the reels and jigs have ended, an old woman (or a young man) might finally step forward, gaze fixed somewhere in the middle distance, and begin to sing – not so much singing for the benefit the remaining half-dozen drinkers, as that the song simply cannot be held inside any more. The song will be a slow lament of death, poverty, exploitation, and lost love. At some particularly poignant moment someone might quietly take the singers hand, and just hold it. At the end, the singer will open their eyes, look down and say simply Sin é – “That’s it.” It’s difficult to explain just how moving this experience this can be; it’s not an everyday entertainment, not any more.

Song of Granite, then, is unrushed. The film is full of space – wide, still shots, of rural countryside, with perhaps a single figure moving slowly across the middle distance. Birdsong and gushing sea noises feature prominently in the soundtrack, but the unshod children and adults in worn clothing make clear that this is not some rural idyll; life is clearly hard.

Dialogue is sparse; almost the only times where extended runs of words are strung together are when someone is singing. Joe Heaney is played convincingly and naturally at different stages of life by Colm Seoighe, Mícheál Ó Confhaola, and Macdara Ó Fátharta. Yet the innocence and shyness of young Colm Seoighe subtly transforms into something more alienated and alienating in the hands of the more mature actors.

Transitions between stages in Joe Heaney’s life are unannounced and slightly bewildering, as if Joe himself is slightly surprised to find himself in a man’s, and then an old man’s body. As the film progresses and follows Joe to Scotland and America, the wide landscape shots become closer and more claustrophobic. Archive footage is increasingly used and there is more English in the dialogue. Mícheál Ó Confhaola as middle-aged Joe talks of being alone in a song, and this sense of loneliness becomes a base note for the rest of the film; the silences are less the silence of solitude and more the silence of isolation. Off-screen voices indicate a family which Joe has formed and abandoned. There is sadness. But no excuses are given, the focus remains the songs, and the viewer is invited to appreciate the songs without necessarily understanding the singer. Or perhaps we are to forgive Joe his failings, that the ache in his heart is for the granite he left in Galway rather than the wife and children he left in Scotland.

Wide, slow scenes of Galway landscape return in the final third or so of the film, as an elderly Joe wishes to return home to die. As scenes cut into one another, it becomes difficult to tell his memories from his desires or from reality. Like the survival of the sean-nós tradition into the modern world, perhaps like Irish identity itself: is it a memory or a thing of substance, or a romantically intangible thing to be longed for. A mixture and performance of all of those, perhaps.

Yet Ireland remains: the rivers, the hills, the dry stone walls, and the granite. And the songs, the songs remain. Song of Granite captures a few of these songs and beyond that a sense of the Ireland to which they belong. It is a beautiful, captivating, and thought provoking film.

Ian McMillan lives with his family in rural County Down. He teaches languages and enjoys playing Irish traditional music.