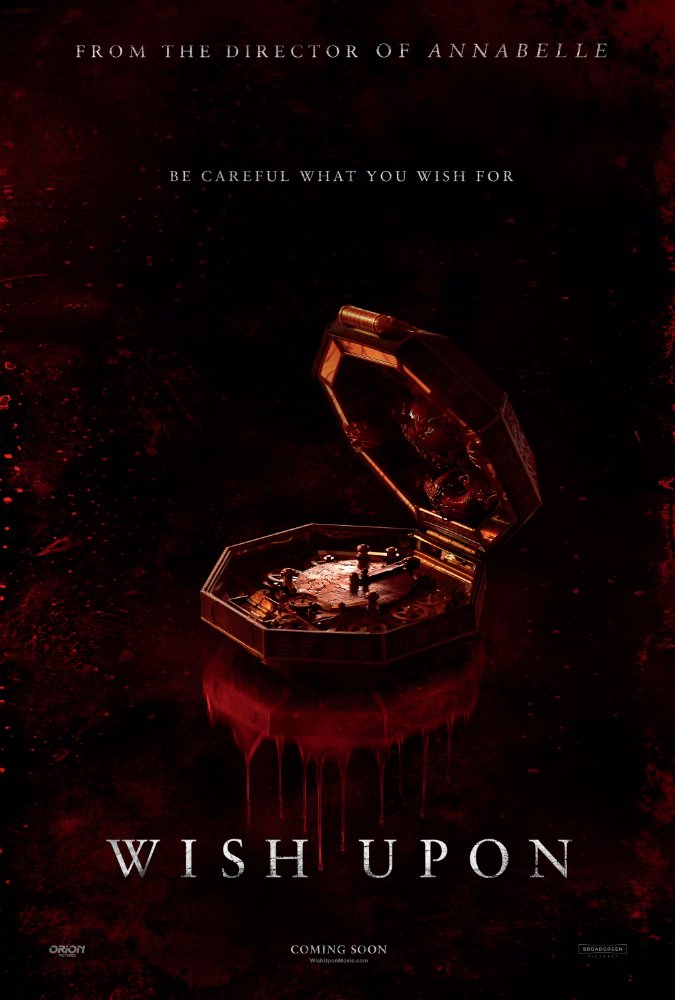 Wish Upon is a funny and interesting reminder that we all hope for a touch of magic in our lives. The trailer surely smells like teen spirit. You will have fun if you are young, or if you are still connected with your inner child.

Teenager Clare (Joey King) is given an old music box that promises to grant the owner’s wishes, and, to her surprise, when she makes her first wish, it comes true. Before long, she finally has it all: money, popularity and her dream boy. Everything seems perfect — until the people closest to her begin dying in the most gruesome and twisted ways.

The problem, though, is that the script is too perfect to be real. Everything happens very fast, one wish leading to one death. And there’s little surprise about who will be the next to die. The “mysterious” aspect of the feature is reduced to the Chinese box and its curse. This reflects a stigmatised concept in which the Western civilization is logical, in opposition to the Eastern, that is religious and superstitious.  .

Scriptwriter Barbara Marshall explores the numerology to the best way she can with the numbers 12 and 7 taking up centre stage. Clare’s mother committed suicide 12 years ago, 12 is a symbol of cosmic order and of space and time — there are 12 months in a year, 12 animal-signs of the Chinese Zodiac, 12 signs in the Zodiac, 12 tribes of Israel, 12 stars in the flag of European Union. It is very clear that Clare is about to initiate her own cycle into death now. As for number 7, it is the number of perfection, security and safety. Clare has the right to make 7 wishes. Her trajectory is a recreation; a mini and fast duplication of the 7 Days of Creation.

A special mention goes to the acting. The hybrid of horror and comedy guarantees entertainment. Joey King is building her fame in horror movies: she was in The Conjuring (James Won, 2013). And Shannon Purser is the new Laura Dern. You probably know her from the TV series ‘Stranger Things’ but she would be a great Diane Evans in ‘Twin Peaks’.

Wish Upon is on general release on July 28th.