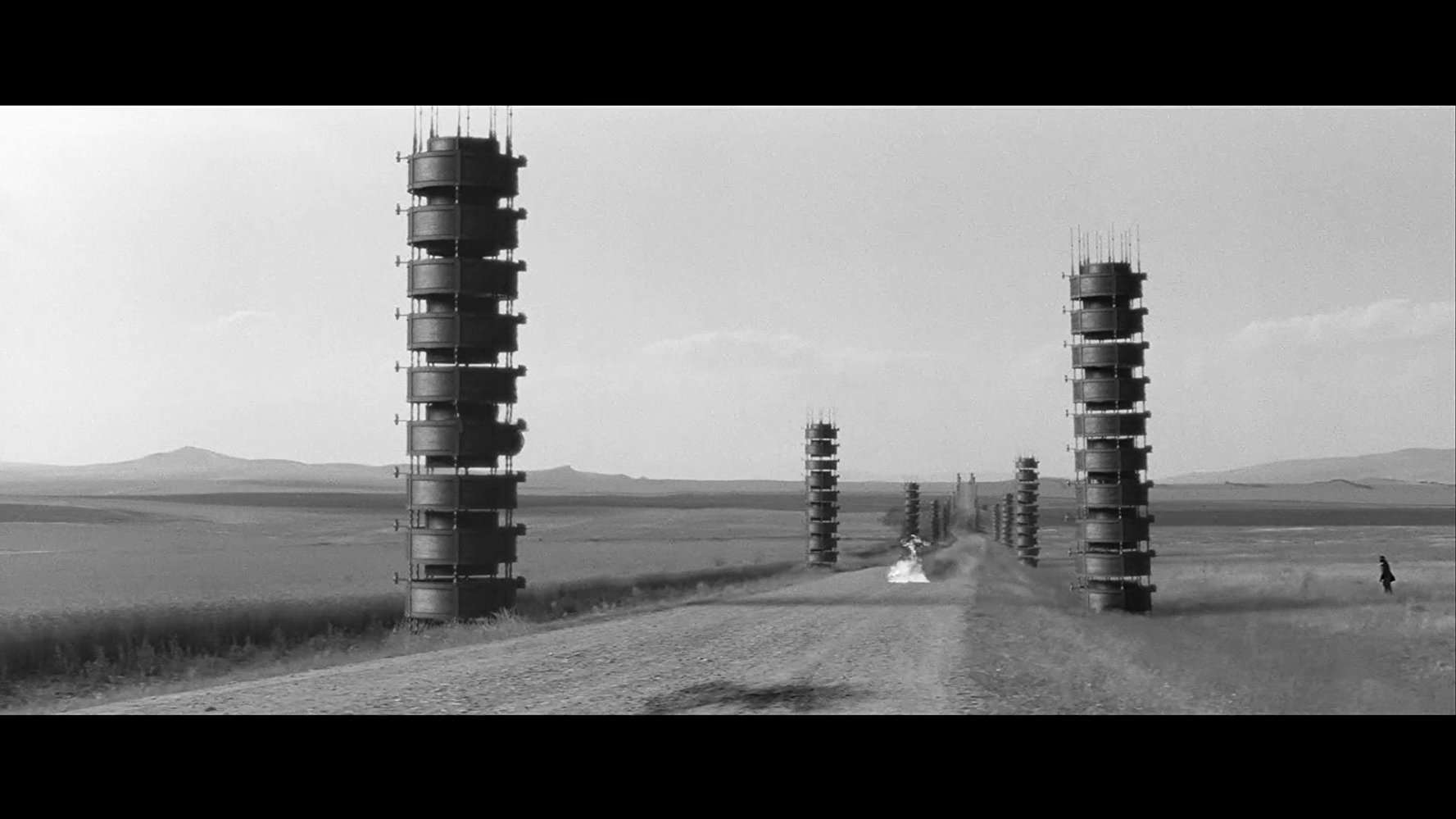 The film is actually about four worlds: the City (civilisation) which includes farms and greenhouses, Untended Nature (what’s left of the wild). and The Dead Lands. There is a barrier between the City and everything else; and later on a body of water provides another barrier that our protagonist Erol (a perfectly cast Jean-Marc Barr) must cross.

The fourth world is the noosphere. Kaplanoglu’s work is often compared to Tarkovsky and it’s easy to see why, and in this case it’s extreme. The quest – the Unobtanium driving Erol and his companions onwards through the magnificent photography – is for knowledge. This is established in a conversation with a farm-hand that takes place in a greenhouse, which provides a stunning Expressionist backdrop. It emerges that vanished scientist/philosopher Dr Emil Akman (Ermin Bravo) may have the answer: N-theory, which explains why the genetic engineering enabling crops to grow always degrades after a few years, creating famine until new research can be completed.

Akman left a daughter in the City when he vanished; Emil pops round for a chat with her first. He sees her researching a strange language which clearly relates to Dr Akman’s ideas, but Erol is unable to get much more information, and he concludes that he will have to go and find Dr Akman. It’s not clear what the daughter adds to the story, but her room provides an unusual opportunity to see standard issue 22nd Century science displays in monochrome. (Some interiors were shot in colour and graded to black and white, maybe to help the VFX process.)

The barrier between the City and the rest of the planet is to keep people out as much as in, and there is an underground movement of people who sneaked in; Erol recruits one of these to get him out. The “magnetic barrier” is built from something resembling enormous Tesla coils; the wide shots of these are stunning. He gets around the city using light rail and cars – normally mundane background, but the transport sequences here are worthy of a short film by themselves.

The rest is a (spiritual) quest, with a twist, acres of breathtaking landscape, and huge tracts of metaphor. The twist has been done before, and the way it is played here is quite guessable – which makes the last few minutes of the film a grind rather than a spiritual journey.

The soundtrack is stark and compelling, and really fits the visuals, but this review focuses on the photography because the film-making does; the pace is purposefully slow given the spiritual nature of the plot, and provides opportunity to drink in every single frame. However there just isn’t enough story-telling to stretch this over two hours. Go and see it for the sheer cinema.

Grain’s final showing at the Festival is at Curzon Soho on Sunday 15th October at 3pm.