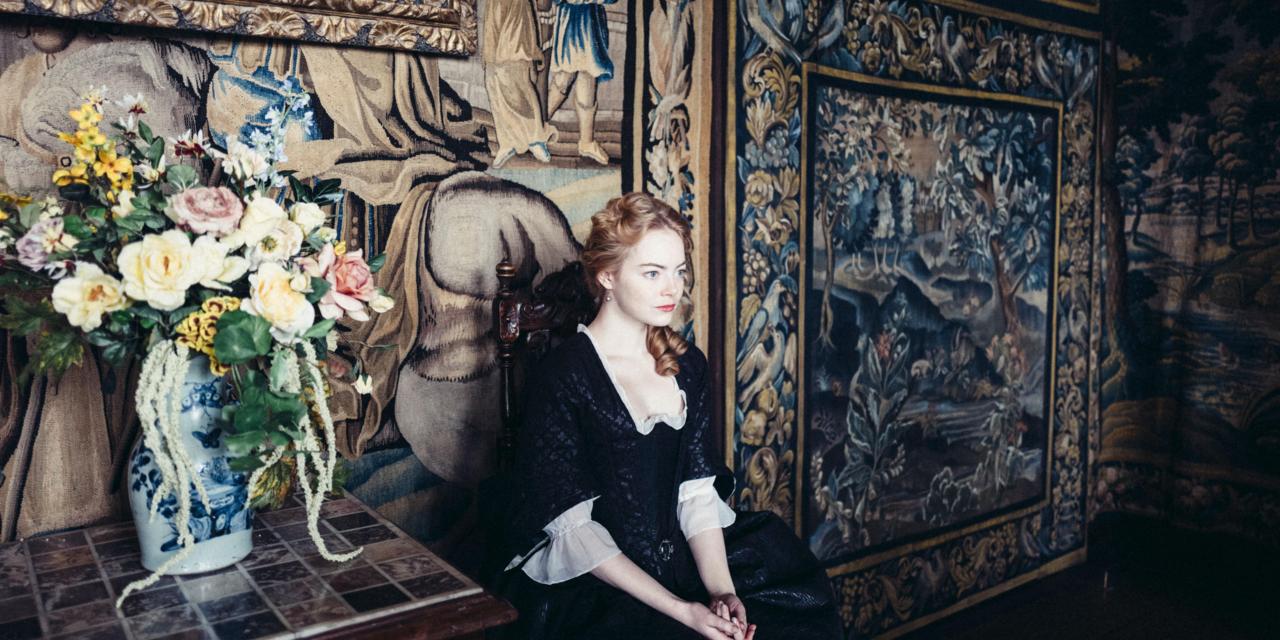 Published October 21, 2018 By Freda Cooper
Review of: The Favourite

If The Favourite has a weakness, it’s the ending. After all the glorious excess offered by the film, it finishes on a weak, underwhelming note, giving the impression that Lanthimos couldn’t work out how to conclude matters in the same style. It’s disappointing, given this is such a strong film overall. Otherwise it’s a wickedly entertaining period piece, a delicious combination of pathos and brutal humour. And a huge treat.

This time Lanthimos takes lesser known historical fact as his inspiration. After all, think of British queens and what names come to mind? Elizabeth I, Victoria, Elizabeth II, perhaps even Mary Tudor. Not Queen Anne, who reigned for 12 years in the early 18th century. It follows the demise of the monarch’s (Olivia Colman) relationship with Lady Sarah Churchill (Rachel Weisz), her closest and most influential friend for some years, after new chambermaid Abigail (Emma Stone) usurps her in the Queen’s affections. It also coincides with the Queen’s physical and mental decline, which continued until the end of her reign in 1714.

But this being Lanthimos, it’s not a historical drama, but a viciously funny, farcical romp that plays fast and loose with the facts. This isn’t for purists, but it’s most certainly for film fans and is the director’s most accomplished film to date. Ever since its showing at Venice, the spotlight has been on the three actresses at the centre of the story. Colman, Weisz and Stone are all at the top of their game, delivering excellent performances – The Gotham Independent Film Awards are already honouring the three of them with a special ensemble award – but, in truth, this is Colman’s film and it’s unlikely you will see a better performance from an actress this year. No mean feat when the likes of Glenn Close in The Wife and Lady Gaga in A Star Is Born are already being seen as award front runners. Full of subtlety, nuance, desperate unhappiness and pathos, but still in tune with the frantic, vicious comedy of the piece, Colman’s a performance to savour.

The film is just as much a visual feast, with every room in Anne’s palace adorned with lavish, over-the-top furnishings, and watching the film is like seeing one of the grotesque wall hangings come to life – brightly coloured, exaggerated, intricate and mercilessly fascinating. Even better are the costumes, masterminded by triple Oscar winner Sandy Powell, fabulously extravagant creations, constantly competing with each other when it comes to sheer outrageousness. Unsurprisingly, the wigs and make up refuse to be left behind.

Lanthimos makes Abigail the sole reason for the rift between The Queen and Sarah Churchill – in reality, she played a part, but it was more complicated than that – but it also gives him the chance to turn the film into a costume version of Joseph L Mankiewicz’s wonderfully waspish All About Eve (1950), with the younger woman replacing the older one. It’s spiced up with plenty of sex, and not just between Anne and Sarah (or Mrs Morley and Mrs Freeman as they used to call each other respectively) so that it’s a miracle that the many politicians milling around court have any time to compete for the Queen’s attention and favour.

If The Favourite has a weakness, it’s the ending. After all the glorious excess offered by the film, it finishes on a weak, underwhelming note, giving the impression that Lanthimos couldn’t work out how to conclude matters in the same style. It’s disappointing, given this is such a strong film overall. Otherwise it’s a wickedly entertaining period piece, a delicious combination of pathos and brutal humour. And a huge treat.

The Favourite was screened at the London Film Festival on 18, 19 and 21 October and is released in the UK on 1 January 2019.