Wiktor and Zula are named after Pawlikowski's own parents, to whom the film is dedicated, but I was already sobbing my heart out long before this closing frame came up in the credits. Cold War is beautiful, dreamlike and magically seductive: it’ll make you fall in love, and then wonder why you ever risked your heart in the first place.

Paweł Pawlikowski’s Cold War is a story of two people whose paths cross and their hearts become entangled forevermore. At its core, it’s an epic romance, but also a social commentary of post-war communist politics, sumptuously shot in exquisite black and white cinematography (Łukasz Żal).

Opening with a series of straight-to-camera shots of street musicians in the downtrodden rural Poland of 1946, we see Wiktor (Tomasz Kot), alongside his companions Irena (Agara Kulesza) and Kaczmarek (Borys Szyc), recording this folk music; it transpires that this is to preserve traditional culture, and they audition a large group of young Poles to sing and dance the music they’ve captured, with the view to performing it. One of these people is Zula (Joanna Kulig), who Wiktor is instantly captivated by. Irena warns him off her, telling him that Zula murdered her father. When asked directly by Wiktor if she did, Zula nonchalantly replies “He mistook me for my mother, so I used a knife to show him the difference.” Clearly a woman not to be messed with, and Wiktor immediately falls for her and she for him. 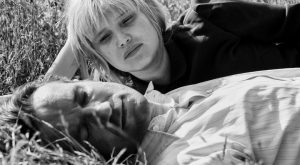 Their unlikely secret romance blossoms, and they fall deeply, obsessively and destructively in love, even given the limitations of hidden moments grabbed away from rehearsal, or on a train cabin en route to a show. Underpinning their intense relationship, though, is the Soviet regime: party apparatchik Kaczmarek forces the performance group to adapt their songs to praise Stalin, and they themselves become tools of the propaganda machine.

Wiktor and Zula dream of escaping to the creative and political freedom of the West and one day they spot their chance to make a break for Paris, making a split decision that impacts them forever. In exile not only from communist Poland, but from each other, their lives, their hearts and their dreams, it’s as if movement between borders is necessary for them to feel alive: to stay put, means a death from within. International and personal boundaries are crossed again and again, and whilst Wiktor and Zula keep moving, and watching the world changing around them, apart or together they are always struggling to find a happy static moment, as one, in time. 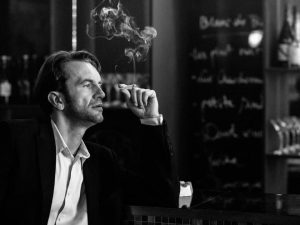 This is a romance spanning decades and countries, which has many moments of joy, but their ill-fated love is utterly heartbreaking. Their relationship provides beautiful, rich colour to the politically divided continents on which it takes place; here are two people so caught up with each other, so desperately trying to connect, no matter the cost, that everything feels at stake. Their trials and tribulations are set to a soundtrack of rustic folk songs of rural Poland, and sultry jazz of a Paris basement bar; the music is what keeps on bringing them together, its rhythm like a synchronised heartbeat when things are going well. But ultimately, it’s at the root of their destruction too: Wiktor living happily in exile in Nouvelle Vague-influenced Paris, Zula saying he’s rejected his Polish roots. Their conflict is not just personal: it’s about patriotism, relationship politics, and power. Their hearts may be entwined through the ages, but communist repression still envelops their lives. These are broken people, desperately trying to fix themselves, each other, their country, and it’s bittersweet and wistful watching them do this.

Wiktor and Zula are named after Pawlikowski’s own parents, to whom the film is dedicated, but I was already sobbing my heart out long before this closing frame came up in the credits. Cold War is beautiful, dreamlike and magically seductive: it’ll make you fall in love, and then wonder why you ever risked your heart in the first place.

Cold War is in cinemas from Friday 31st of August.