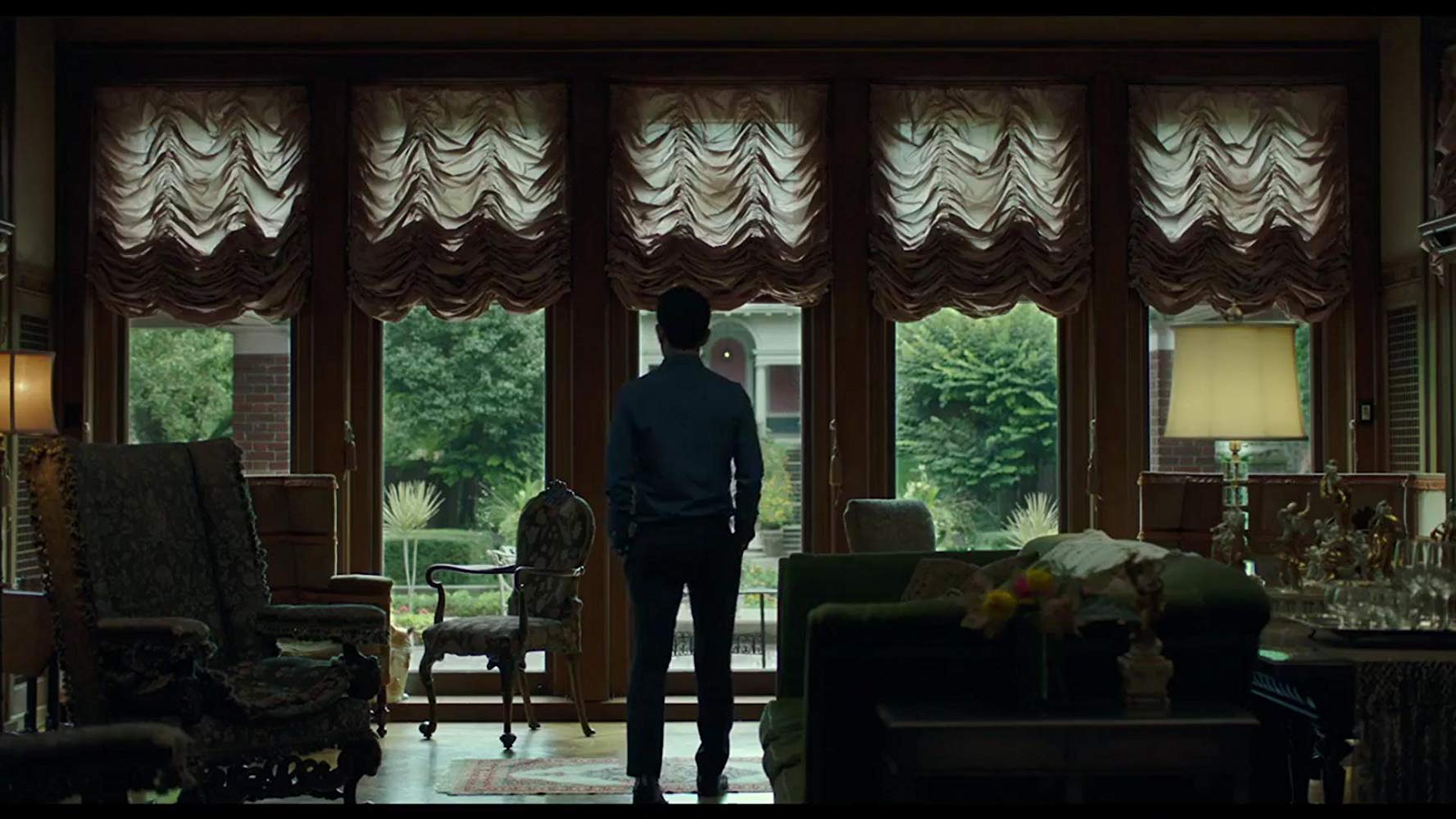 Columbus, which premiered at Sundance  in January, 2017, has taken its time to come to the UK, but the wait has been worth it. At one point in this remarkable film, Casey’s library co-worker (Rory Culkin), asks “Are we losing interest in everyday life?” Columbus provides a remarkable range of answers to that and many other questions we ask ourselves as  we move through the spaces  in our own lives.

Columbus is a film as much about the places people find themselves waiting in as the people themselves. Kogonada has found a near cinema perfect landscape in Columbus, Indiana. Since the 1950s, this almost quintessential slice of small town Americana has become a mecca for fans of modernist architecture. It is the home of over 60 buildings from libraries and banks to churches and warehouses designed by Eero Saarinen, I.M. Pei, Robert Venturi, Cesar Pelli, Richard Meier and others. These structures provide a haunting backdrop to three characters who seem to be moving in amber, but whose hearts and minds are in an intense race for truth and meaning. 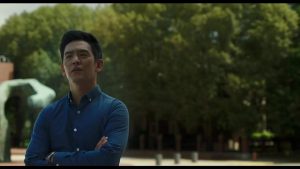 Columbus begins with a series of long shots showing Eleanor (Parker Posey), an assistant to an ageing Korean architect, on a informal tour of the town’s architecture with the great man. Then the architect suddenly collapses. Jin, his son (John Cho), is summoned from Seoul, where he has decamped from his American upbringing to become a translator, to find his father in a coma. It soon becomes apparent that Eleanor and Jin were once lovers. The embers of that relationship remain as does a unspoken desire not to repeat the past. In a similar limbo is Casey (Haley Lu Richardson), a recent university graduate, who works as a library assistant and conducts tours of the buildings. Casey also keeps an anxious eye on her mother (Michelle Forbes), an ex-meth addict, who works shifts in an anonymous warehouse, an all too familiar symbol of labour as penance in this age of zero contracts.

Casey, perhaps the most intriguing member of this triangle, meets Jin by accident in the garden of the Miller House, designed by Saarinen, where the latter is staying between hospital visits. In perhaps the only moment of movie cuteness in this otherwise original film, Casey lends Jin a cigarette. This gesture triggers not so much sexual tension, but a simmering debate between two conflicted souls. Casey is struggling with leaving her mother to pursue an opportunity to study architecture in New York, while Jin is trying to assess what he feels now about his father’s vocation, which he has repudiated for much of his life. The bulk of Columbus’ narrative is then taken up with Casey giving Jin an informal tour of Columbus architecture at day and night. While a kind of romance does bloom between these characters, it is to Kogonada’s credit (as well as his great promise as the new American indie director to watch) that this tenuous collision of heart and minds takes us into a realm where the expression of true thought and feeling transcend convention. 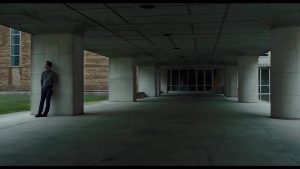 Best known for his remarkable video essays on Ozu, Godard, Antonioni and Kubrick, which can be found on Kogonada’s web site, Columbus never feels like the work of a filmmaker burdened by cinephilia. While the touchstones for the carefully composed long shots and stately dolly work can be traced if one wants to, Kogonada plays with slow cinema slow cinema not to show off his impeccable taste, but to make us see the familiar emotional terrain anew . It is also a film also looks beyond the America of rust belt depression and Trumpian myopia by blasting through the assumptions, particularly Europeans, have about America’s “fly over states”. The characters in the Columbus are all curious about ideas, articulate, sensitive to others as well their own flaws, and socially diverse.

Columbus, which premiered at Sundance  in January, 2017, has taken its time to come to the UK, but the wait has been worth it. At one point in this remarkable film, Casey’s co-worker (Rory Culkin), asks “Are we losing interest in everyday life?” Columbus provides a remarkable range of answers to that and the many other questions we ask ourselves as we move through the spaces in our own lives.

Screenplay, editing and direction by Kogonada. Cinematography by Elisha Christian