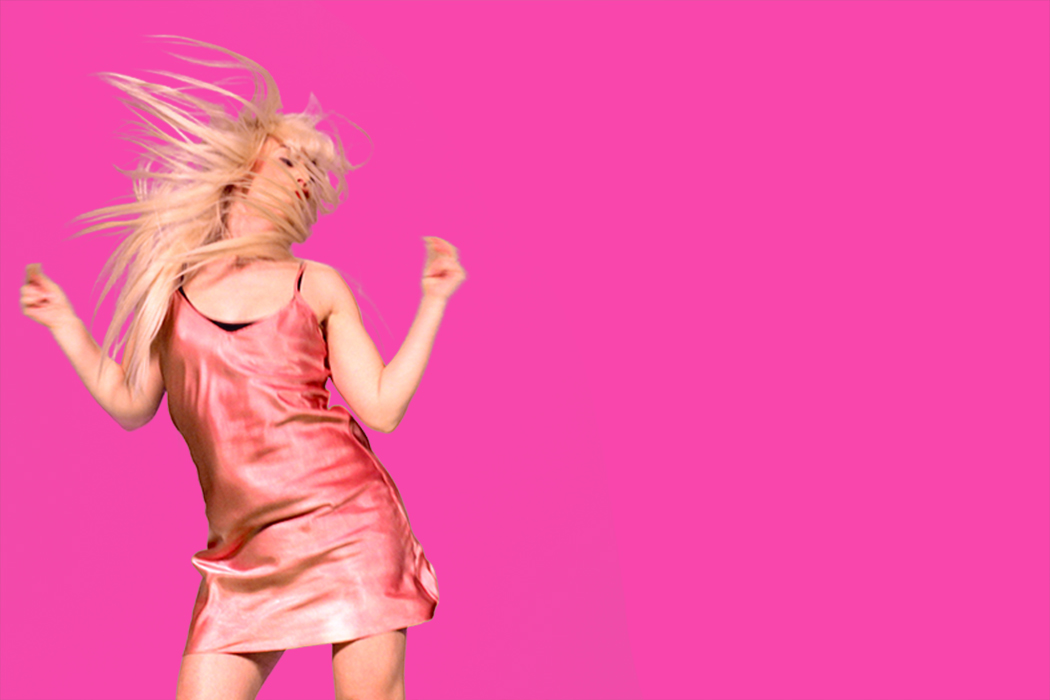 After Marilyn Monroe, Jayne Mansfield is the other mythic blonde bombshell that haunts Hollywood’s past and present. Her fame mainly rests on her comedic roles in two Frank Tashlin films, The Girl Can’t Help It (1956), arguably the first truly visionary rock n’ roll movie, and Will Success Spoil Rock Hunter (1957). Typecast as a well-endowed bimbo, Mansfield tried to do more serious work, but earned most of her wealth as a nightclub performer and in many cases, for simply showing up to be Jayne Mansfield. She was married four times and her third and fourth husbands, Mickey Hargity, a former Mr. Universe and father of Law and Order regular Marisa Hargity, and Matt Cimber, an Actors Studio veteran and film director, are worthy of documentary treatment themselves.

Arguably better educated and more intellectually precocious than Monroe (she was an A student in high school, spoke Spanish and German, played the piano and studied drama at Southern Methodist University with Rip Torn), Mansfield accepted her status as the human punchline to a locker room joke. As the sixties became weirder, she flirted with wildlife conservation and the occult. She also starred in Cimber’s independent film, Single Room Furnished, a slice of kitchen-sink realism that might have led to a very different career if she had lived. Such was the B-list nature of her fame that when she was killed in a grisly car accident on 29 June, 1967 on the outskirts of New Orleans, the obituaries treated her almost like a forgotten star of the Silent Era instead of a woman who was only 34.

As the above suggests, there is a lot of life and myth for a gifted filmmaker to work with. Sadly, the directors of Mansfield 66/67 strive too hard to bring a cooler-than-thou sensibility to the material at hand and what may be intended as camp affection comes across as sneering contempt. By focusing almost exclusively on the last two years of Mansfield’s life, P. David Ebersole and Todd Hughes, best known as producers of Room 237, a look at the cult surrounding Stanley Kubrick’s The Shining, get lost in a series of speculations about Mansfield’s ties to Anton LeVey, the self-appointed head of the Church of Satan.

While Mansfield did know LeVey, who was more PT Barnum than the Devil Incarnate, so did a lot of people, famous and unknown, floating around the counter-cultural melting pot that was San Francisco in the 60s. LeVey was, in the words of the Rolling Stones song, a “starfucker.” and like a grifter who discovered the ultimate con, he made Satanism pay until the punters got wise. By placing so much emphasis on LeVey, the filmmakers come across as rubes themselves.

The numerous still photos, newsreel footage and film excerpts give Mansfield 66/67 a patina of gravitas. Alas, the film’s structure and slant is too self-reflexive for its own good. The use of cloying musical reconstructions (performed by enthusiastic, but unremarkable drama students from Leeds Beckett University, where the producers were doing a residency) is just about tolerable, but the talking heads who include John Waters, Mamie Van Doren, Tippi Hedren, Mary Woronov and academics like Dr. Eve Oishi and Barbara Hahn say little of insight or empathy (if they did when they were first interviewed, it was cut in favour of a glib anecdote). It speaks volumes about the shallowness of this doc that Marilyn, the singer best known for his relationship with Boy George, comes across as the only one who displays an emotion deeper than a cocked eye brow when discussing the actress.

Mansfield 66/67 is a frustrating watch. The more it attempts to take a non-traditional approach (for example, faux UPA cartoon animation is used to dramatize a lion attack on Mansfield’s little boy), the more reductive and unhip the film becomes. Mansfield’s last years were tumultuous and surreal enough without the filmmakers’ leaden attempts to break the fourth wall. Lacking the rigor of Errol Morris, the directors would have been better off treating their subject and estimable (if the final credits are an indication) research materials with more seriousness. Mansfield 66/67 has a dated 90s feel – as if its makers never got over reading Generation X – which undermines their attempts to bring a new slant to a life that peaked in the late 50s to mid-60s. Perhaps the fimmakers really do hold Mansfield in high regard, but what comes across is not a passion for a subject, but a self-defeating snobbery. Mansfield, her family and fans deserve better.