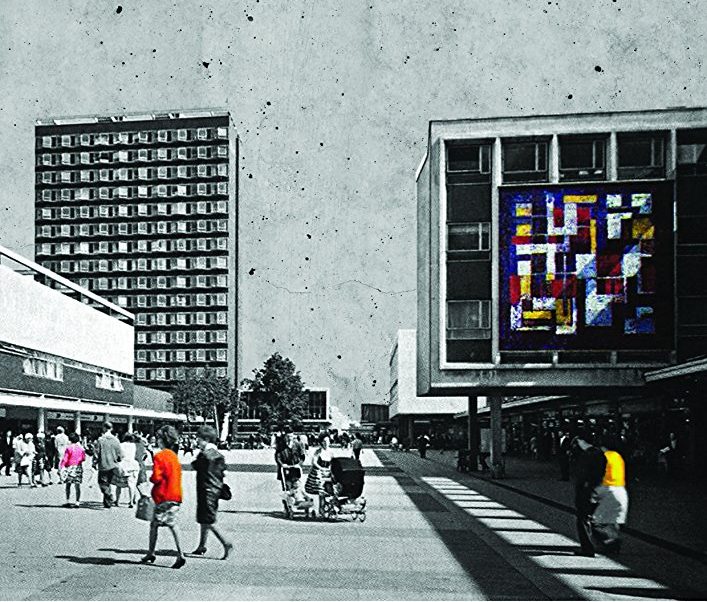 Published May 4, 2018 By Lee Hill
Review of: Christopher Ian Smith

Smith’s film is resonant account of a time when both government and big business were genuinely interested in creative (and egalitarian) approaches to housing problems instead of a way to shuffle responsibility and line the pockets of a few. “We felt like we were growing up in the future,” several of those in the film say and viewers will be left asking where is that wonder and hope now?

Christopher Ian Smith’s lyrical documentary looks at Basildon, one of 10 new towns approved and developed to provide innovative as well as affordable housing solutions after the Second World War. In September 1948 MP Lewis Silkin. Minister of Town and Country Planning in Prime Minister Clement Attlee’s government said: “Basildon will become a City which people from all over the world will want to visit. It will be a place where all classes of community can meet freely together on equal terms and enjoy common cultural recreational facilities.” These and other homilies by Silken to a brighter future are spoken by actor Jim Broadbent and provide a poignant contrast to the tracking shots of the worn and faded concrete facades of homes and streets that have seen better days.

Like many new towns, Basildon began with good intentions as young architects and urban planners were given almost free reign to create distinctive mini-communities within the larger plan. Some of the better ideas included public art like Mother and Child, Maurice Lambert’s iconic sculpture in the town centre, imaginative playground equipment, parks and a community centre which gradually became a nexus for theatre groups, musicians and young people seeking an alternative to pub culture. Less successful were the ways in which streets were designed – often isolating home owners and encouraging petty crime. It wasn’t until 1974 when Basildon had a central rail station which made residents reliant on cars. And little consideration was given to making the houses, commercial and retail spaces easy to maintain.

Smith’s focus soon shifts from the glory days of Basildon, particularly the 50s and 60s, as glimpsed in home movies and promotional footage to the thoughts and recollections of its present citizens. Many of these are men and women who were children and teenagers through the 60s, 70s and 80s and the recurring theme is their love/hate relationship with Basildon. They are witnesses to the erosion and neglect that gave Basildon a reputation as one of the UK’s worst towns to live in, exacerbated by the flight of large employers like Ford and Margaret Thatcher’s decision to allow Council tenants to buy their own homes. During these decades of slow decline, the pro-Labour community ethos became replaced by a more inward looking consumerism and those who made money buying and selling property moved out of Basildon draining much of the town’s potential.

Those who stayed or returned are a diverse group. During the film, we meet Steve Waters, a puppeteer, comedian and activist, singer/songwriter Phil Burdett, poets Ralph Dartford and Ölmo Lazarus, and musicians such as Sue Paget and Rob Marlow who are veterans of the Basildon electronic pop scene that spawned Yazoo and Depeche Mode.

Thanks to their interviews and performances, New Town Utopia succeeds in extinguishing many of the classist stereotypes surrounding Basildon. We meet bright, creative and hardworking individuals who determined to restore the town’s spirit, if not revive its original vision to be a model of urban living. If the balance between the personal and the political is not as carefully calibrated as one would like, this does not take away from the fascinating social history New Town Utopia provides. Smith’s film is resonant account of a time when both government and big business were genuinely interested in creative (and egalitarian) approaches to housing problems instead of a way to shuffle responsibility and line the pockets of a few. “We felt like we were growing up in the future,” several of those in the film say and viewers will be left asking where is that wonder and hope now?