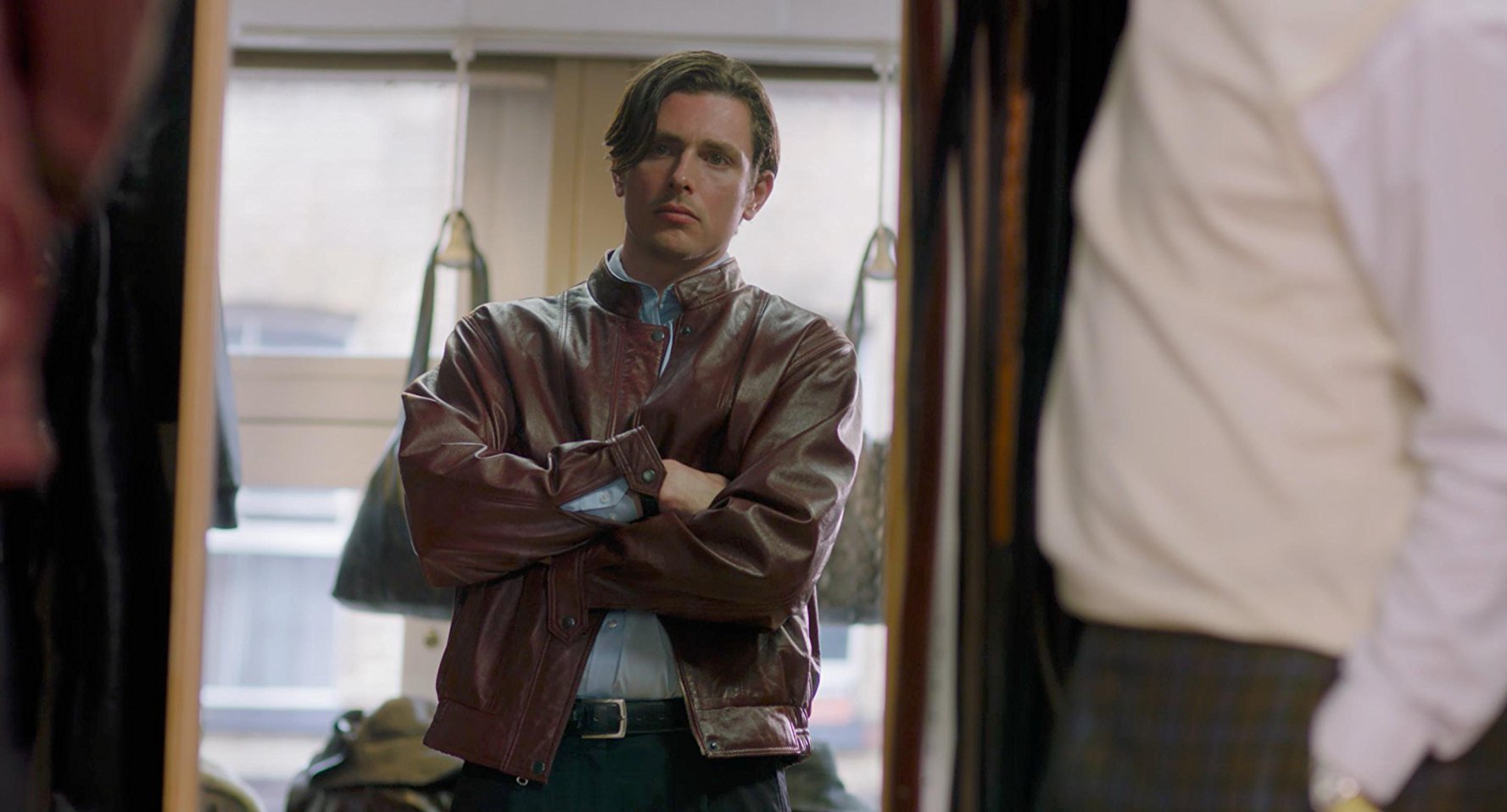 The film follows Richard, a 30-year-old maths teacher who moves to East London. Richard is meticulous, drawing diagrams of the pokey flats he’s shown around by estate agents, donned in an extremely uncool waterproof jacket and walking shoes. He soon finds himself getting to know the locals, heading to underground parties with booming techno music with an art-gallery manager and making friends with the owner of the kebab shop across the street from his apartment. This all soon changes when his new acquaintances find out about his past.

The film was shot in East London, over 34 days and purposefully references other pieces featuring psychopaths — it calls out American Psycho with a Phil Collins poster on a wall of Richard’s sparsely-furnished apartment and there’s a copy of Catcher in the Rye when he moves into the same apartment. There are also plenty of Snatch vibes. Alan Ford and Haluk Bilginer are both in Snatch and Trendy, and the scene in the cafe and the dog fight feel very much in the same vein. There is a mixing of humour in the beginning of the film, followed by mystery and drama, then finally entering full-blown psychological thriller territory.

Anyone familiar with East London, or the concepts of hipsters and gentrification will find plenty to recognise in this film. Richard tries to integrate himself with both the immigrant and hipster populations of East London and butts heads with the hipster locals, the established immigrant communities and the old guard, fittingly donned in gold chains and Sterling superkings.

Richard is quite clearly an outsider and the movie is very effective at initially aligning your sympathies with him, anyone that has ever moved to a big city, or anywhere, and tried to make friends with mostly hostile strangers will feel kindred with Richard for at least part of the movie. However, our main protagonist ultimately fails to integrate with anyone, and that’s where the best part of the film lies — with the revelation of Richard as a strange guy that no one can get on with, or with the people around him as horrendous humans. That is when the film really starts to get muddled. There is nothing wrong with being unsure with where your loyalties should lie, or even having no loyalties, but Trendy just doesn’t do it quite well enough.

Trendy succeeds in being entertaining and engaging throughout, but it fails to completely follow through on the ideas it sets up. In one moment it would appear to have replaced the yuppies of American Psycho for the hipsters of East London, but the tone is confused. Trendy is just like the East London it depicts: drugged up, visually intense, and pulsating with techno.

Rachael Kaines is a writer and critic, she has previously written about film and TV for MoviePilot. Her favourite movies are Out Of Sight, No Country For Old Men, and Jurassic Park. She can be found drinking coffee and trying to steal small dogs somewhere in London.