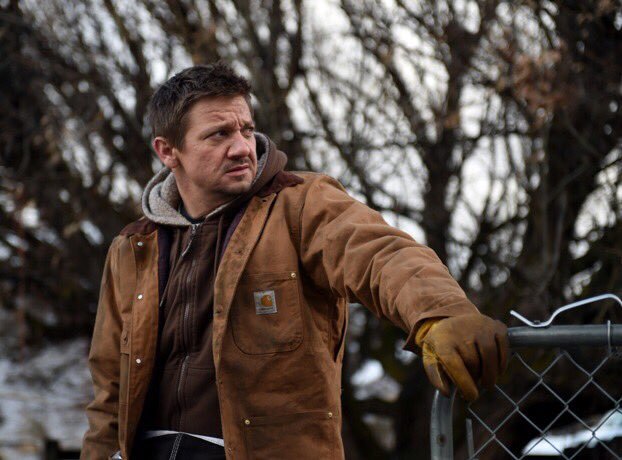 After the success of his scripts for Sicario (2015) and Hell and High Water (2016), Taylor Sheridan’s Wind River promises to be an innovative mix of genre and social commentary. Despite a timely premise and two charismatic actors playing mismatched heroes in a remote and divided community, Wind River is a frustrating misfire of loose plot threads, confusing editing and a palpable sense unhelpful changes were made to the film’s final cut (The film was produced by The Weinstein Company. Say no more). 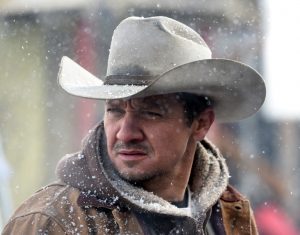 Jeremy Renner is Cory, a professional hunter living in Wyoming, a not quite urban cowboy who makes a decent living for the US Game and Wildlife department helping ranchers deal with predators like mountain lions and wolves. Estranged from his Native American wife, Cory is still on good terms with his in-laws living on the reservation. When he discovers the frozen body of nineteen year old Natalie (Kelsey Chow) miles from any shelter, the FBI are called to help the under-resourced reservation police chief, Ben (Graham Greene). However, outside help appears solely in the form of a young special agent, Jane Banner (Elisabeth Olsen), who will assess whether the rape and murder of a native woman in the wrong time and place is worthy of full bureau support. Cory agrees to help Jane as they interview the locals from world weary parents and bored reservation teens dealing drugs to oil rig workers with anger management issues. In theory, there is enough socio-economic discontent, cultural alienation and racial tension for ten very different movies in Sheridan’s second film as director (he also helmed, but did not write the low budget horror film, Vile). With an unfolding detective narrative where the protagonists are torn between justice and revenge, Wind River is bursting at the seams with sub-text. In collaboration with Denis Villeneuve on Sicario and David Mackenzie on Hell and High Water, the respective mix of individuals caught up in the Mexican drug wars or adrift in small towns ripped apart 2008 banking crisis reminded viewers that the best genre films entertain you precisely by plunging you into uncomfortable worlds.

Alas, Wind River throws away this promise almost from its opening scenes. A cloying new age score detracts from the inherent drama of several scenes from the victim’s terrifying barefoot flight across frozen foothills to dialogue exchanges where characters are trying to convey anger or grief. And while it is clear Sheridan’s script is self-aware enough to know that it is following in the footsteps of films like Bad Day at Black Rock, The Heat of the Night or Unforgiven, where out-of-towners forge uneasy alliances with suspicious locals, the negatives outweigh the positives in this uneven film. As one of the newer talents to find a place where arthouse seriousness can co-exist with Hollywood’s need for slick melodrama, one hopes that Sheridan’s next film is a more coherent return to form.

Lee Hill is a writer and consultant based in London. In addition to contributing to outlets as varied as SensesofCinema, Sight and Sound and Resonance FM, he is the author of A Grand Guy: The Art and Life of Terry Southern (2001) and Easy Rider: A BFI Modern Classic (1996)