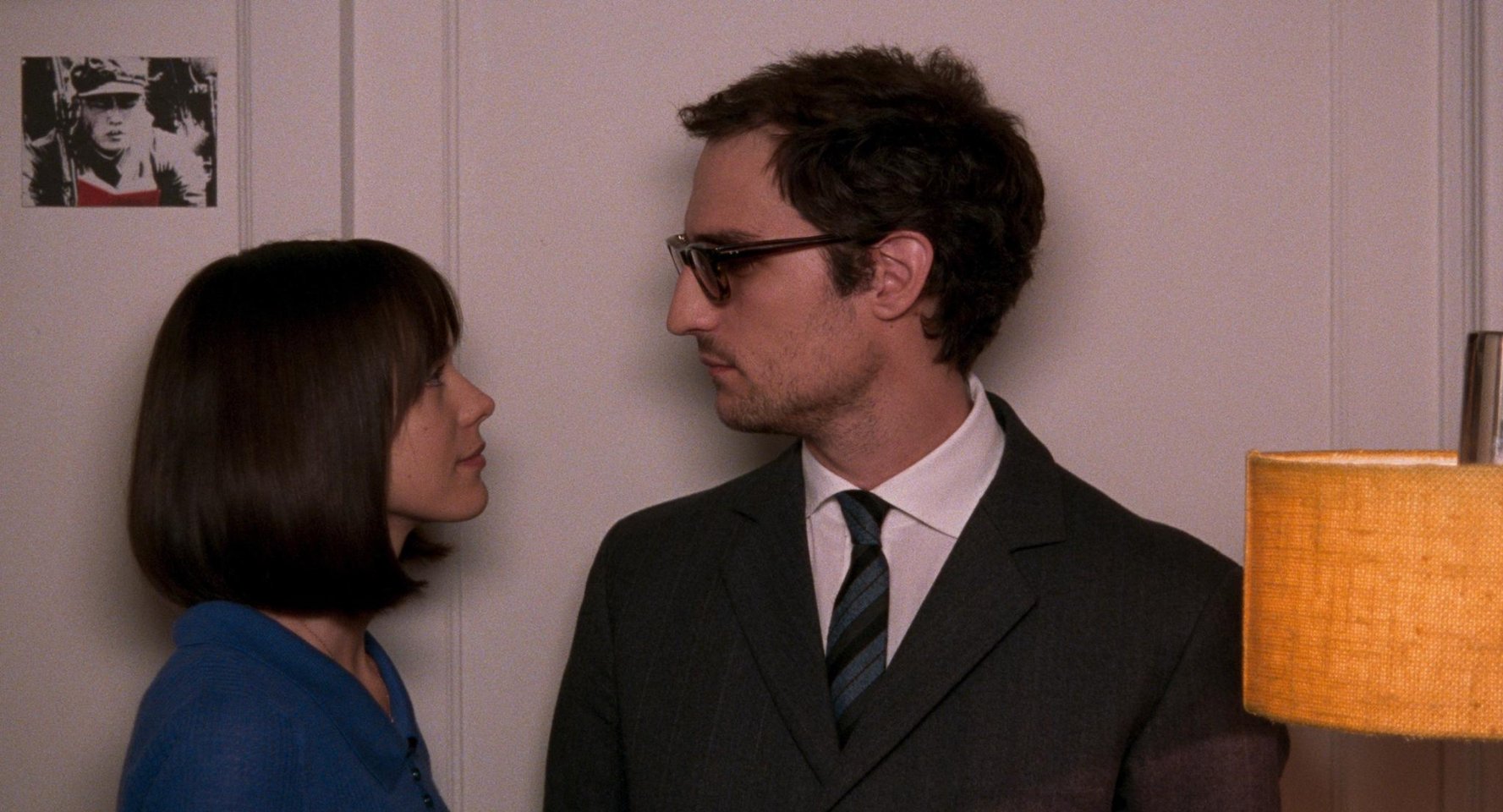 The vapid screenplay is based in part on Wiazemsky’s memoir, Un an Après, but in any meaningful terms, the life on screen often has the verisimilitude of an episode of The Monkees. Like many great filmmakers, Godard may be a pain in real life – self-absorbed, moody, demanding and contrarian, but as portrayed by Louis Garrel, who is given little in the script to work with, he is a gnomic jerk who carries a Super-8 camera almost everywhere. Most of the depth, energy and wit in this shallow film comes from Stacy Martin as Wiazemsky. And while she barely looks like her real-life counterpart, Martin does a credible job playing a woman who is ambitious, bright and emancipated, but realizes that even the hippest man in her life lags behind when it comes to discarding sexism.

Redoubtable half-heartedly shows what kind of films Godard made in this period (La Chinoise is restaged with some conviction, but there is barely a mention of Weekend, Sympathy With The Devil/One Plus One, British Sounds or the emerging collaborations with Jean-Pierre Gorin). There are well-staged demonstration and riot scenes in the first half that suggest Hazanavicius is not en-tirely without craft or flair, but the bulk of the film lacks a clear visual awareness or thematic under-standing of who Godard is or his place in film history.

Redoubtable relies far too much on scenes of the Godard/Wiazemsky characters bickering in apartments, hotel rooms or film locations. These scenes only painfully remind one of the magic Godard brought to such basic material in Breathless or Contempt and how little of that mastery Hazanavicius can replicate. Adding insult to cinematic injury, Berenice Bejo is wasted as Michele Rosier, a journalist and designer of the period, essentially reduced to a “girlfriend” role in the few scenes she has.

Ultimately Redoubtable suffers from two problems. It offers those of us who know Godard’s life and films well little insight or new information. While for those who only know Godard as“difficult” or “pretentious”, it will hardly promote a further desire to seek out his work. Hazanavicius has produced a series of flickering celluloid images that are pretty to look at, but barely a film in any pro-found sense. In the end, as with his previous work, one yearns for him to make a film informed by real life rather than just a nodding acquaintance with film clichés.

Redoubtable is in cinemas from Friday 4th of May

Lee Hill is a writer and consultant based in London. In addition to contributing to outlets as varied as SensesofCinema, Sight and Sound and Resonance FM, he is the author of A Grand Guy: The Art and Life of Terry Southern (2001) and Easy Rider: A BFI Modern Classic (1996)