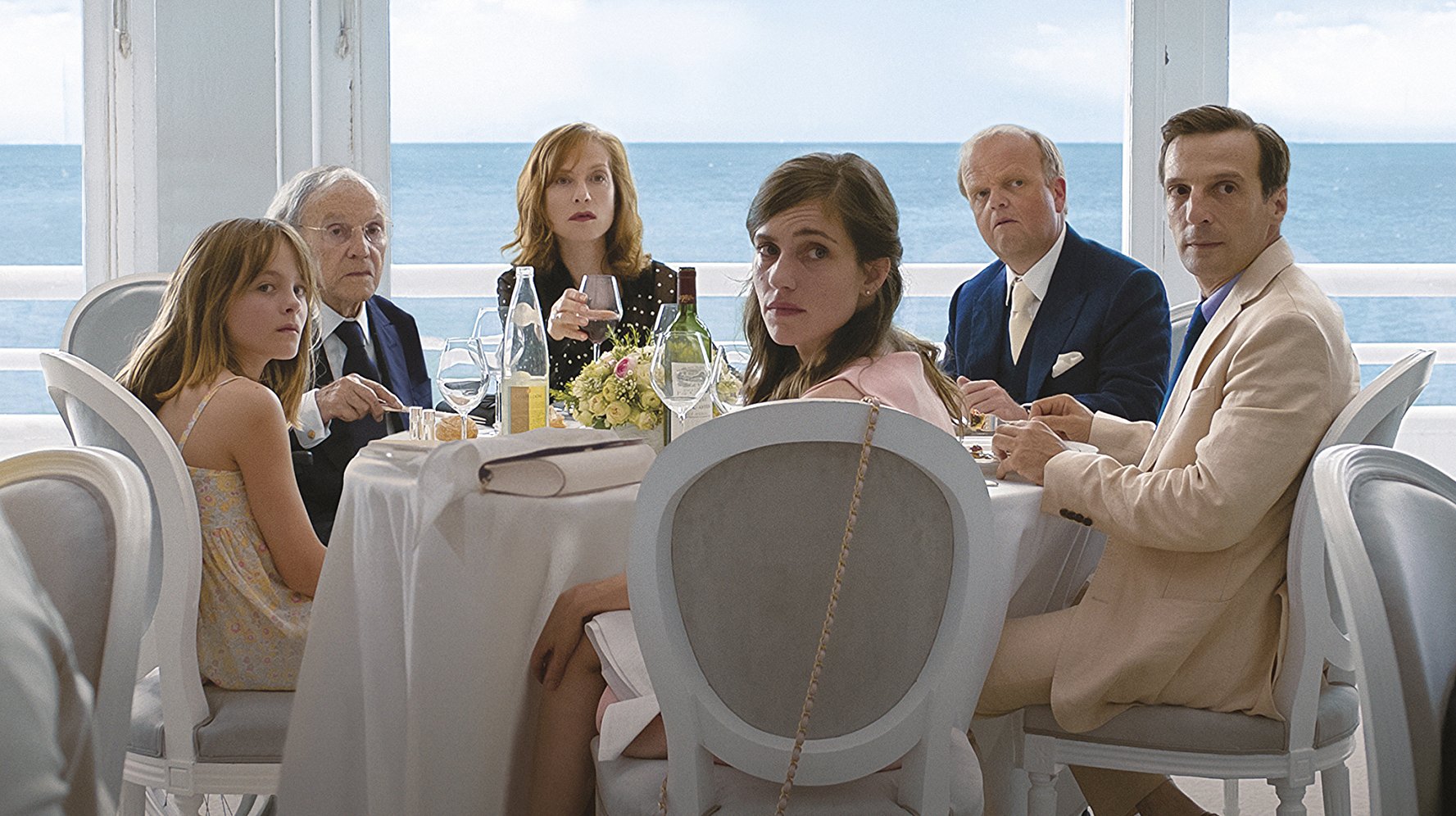 Happy End is not only continued proof of Haneke’s cinematic mastery, but proof that where there is darkness, there is laughter and vice versa.

Earlier this year, Michael Haneke lost out on a possible third Palme D’Or for his latest film, Happy End. In the hothouse and often clubby critical atmosphere of the festival, some commentators dismissed the film as a “greatest hits” package. The big prize was won by Ruben Östlund for The Square, a younger director who shares Haneke’s preoccupations with modern anxiety, the shaky moral and intellectual foundations of Europe’s neo-liberal middle class and how rationality is often undermined by self-interest. In recent years, Haneke’s films – particularly The Piano Teacher, Hidden, The White Ribbon and Amour – have achieved the kind of critical attention and more than respectable international box office enjoyed by the likes of Fellini, Antonioni and Bergman in their sixties heyday. This success of these films is remarkable given their chillingly unrelenting examination of man’s battle between social piety and raw desire.

To be fair to those who don’t warm to Haneke’s vision at the best of times, Happy End appears to offer more of these bleak lessons. A successful family owned construction business in Calais, whose members – child, adult and senior – are grappling with various crises. Georges, the patriarch (Jean-Louis Trintignant echoing a character first seen in L’Amour), is in the throes of severe depression following the death of his wife. His chic middle-aged daughter Anne (Isabelle Huppert) is trying to broker a deal that will help the business through a difficult patch, clean up the chaos created by prodigal son Pierre (Franz Rogowski) and along with her brother, Thomas (Mathieu Kassovitz) manage the legal fall-out from a work site accident. Thomas is also trying to be a better father to his daughter Eve (Fantine Harduin), who has come to stay with him now that his estranged wife has fallen into a coma triggered by a mysterious illness.

Eve, who thanks to social media, is a child racing through adolescence into the not-so mature world of adulthood with all its compromise, secrets and “do as I say not as I do” ethos. Her seemingly innocent gaze (and that of her mobile phone) observes a more comfortable world than that of her mother’s. Yet it is a world in which the security of old money, servants and good taste are under siege from the economic, social and political upheavals of Europe in the 21st Century.

While there have been glimmers of satire in his previous films, the dramatic situations are usually played straight in Haneke’s films. Happy End is different and for those viewers seeking an in-road into a directorial universe that seems austere and opaque, I would argue that happy End is best enjoyed as a mash-up of Curb Your Enthusiasm and Bunuel’s Discreet Charm of the Bourgeoisie. Yes, there is a Buddenbrooks-style melodrama of a great family in decline being played out, but there many sly comedic moments to enjoy. Toby Jones is wonderfully understated as Lawrence, the can’t-believe-his-luck family lawyer on the verge of marrying Anne. While the pretensions of Thomas’ affair with a cel-ist (Hille Perl) are parodied in an online exchange that is more bargain basement Fifty Shades than Story of O.

As the grim and acerbic patriarch, Trintignant is the one figure who no longer seems to give a shit what anyone thinks anymore. In a fascinatingly paced tracking shot, we see him talking to a group of refugees on the streets of Calais. We don’t hear what they are saying to each other, but this exchange is revealed to be a bravura set-up to an engagement lunch that goes hilariously wrong.

In its accumulation of details big and small and crosscutting between various family members working out their respective problems, Happy End builds to a conclusion that may be the most shocking (and satisfying) of all Haneke’s works. Before the payoff occurs, there is much to savour and admire  from the carefully modulated long takes and deft editing to a cast, despite the presence of almost overwhelming French star power, that feels like a real family in extremis. Pe-haps all that is missing is a cameo by Larry David, but hey there is always next time. Happy End is not only continued proof of Haneke’s cinematic mastery, but proof that where there is darkness, there is laughter and vice versa.

Happy End is in cinemas from Friday December 1st.