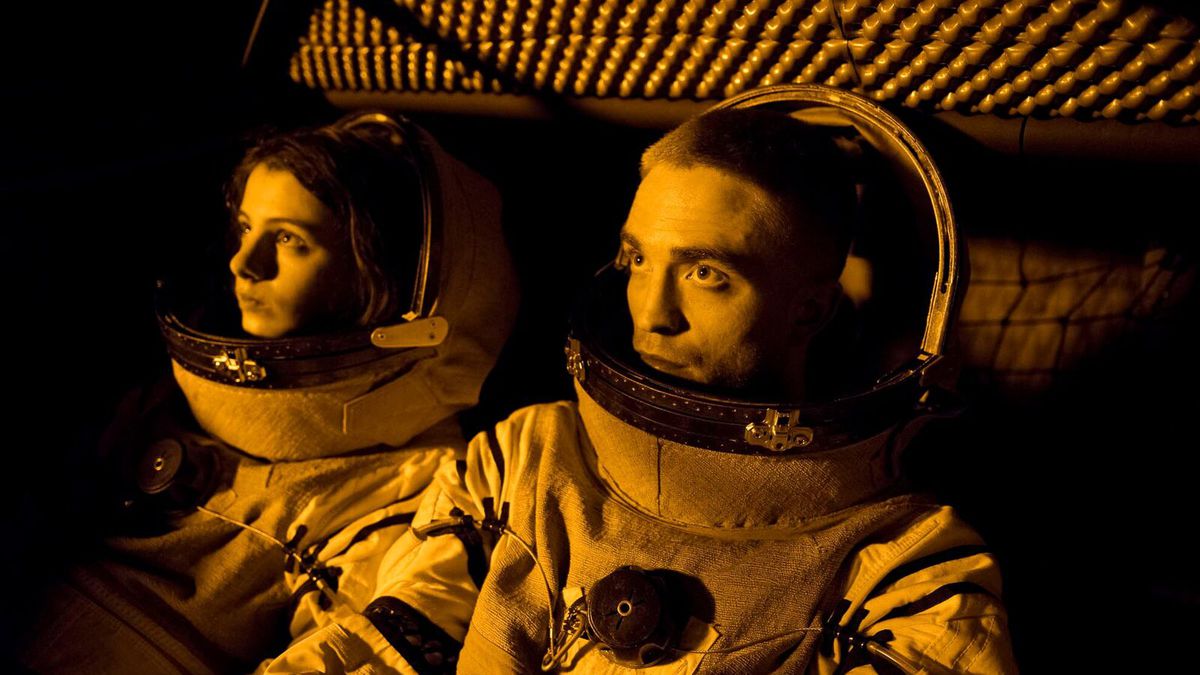 Published May 9, 2019 By April McIntyre
Review of: High Life

Each and every element holds meaning, whether or not we’re able to work out what that meaning is. High Life orbits an unnerving world of isolation whilst still keeping its feet on the ground. Mostly.

An insular tale of life in space, High Life gives Claire Denis’ dark, explorative filmmaking the zero gravity treatment. Abandoned and shunned by society, a group of death row inmates are sent to space, their goal to capture and record a black hole’s rotating energy, essentially, a suicide mission.

We’re introduced to Monte (Robert Pattinson) and his baby daughter, Willow (Scarlett Lindsey) as he navigates fatherhood in complete isolation. Set across dual timelines, the film follows the convicts during the first few years on board parallel to Monte’s present situation on the vessel, peppered with flashbacks to his childhood.

In an almost zoo-like incubation, the ship’s unusual crew pace the Alien-like corridors, peaking in outbursts of violence, sexual aggression and obsession. Dr Dibs (Juliette Binoche) donning a lab coat, seems to be the only professional on board as she attempts to harvest sperm in order to create a “perfect” embryo that can survive childbirth without succumbing to radiation poisoning. Each character has their own story to tell as their pasts slowly reveal themselves, but not in any substantial way which will keep you in near darkness as to their motivations, which works perfectly in Denis’ gritty and at times head-scratchingly surreal sci-fi.

Denis’ measured and evenly paced film says less about space itself and more about the effect living in it has on the film’s subjects. The years of separation and exclusion from earth leaves the “recycled” inmates resorting to violence, rape and alienation. In true Denis and Binoche fashion we’re treated to an absolute corker of a scene where Binoche rides a sex buckaroo in “the fuckbox,” a place where the inmates can go to relieve themselves. These scenes, seductively present, almost like pieces of art, keeps High Life light-years away from your average sci-fi movie. In its Solaris-paced meditativeness it is heightened more so by an evocative soundtrack from Stuart Staples, a Denis favourite. The hypnotic drone perfectly matches the claustrophobic hum of the ship and sets us up for a film like no other.

Her first English language film, Denis has breathed fresh air into an already saturated genre. Pattinson gives a stand out performance, following Good Time (2017) we had high hopes, showing us his range here in his nuanced and pensive performance as Monte. Binoche doesn’t disappoint either as a creepy obsessive scientist with her own agenda. Each and every element holds meaning, whether or not we’re able to work out what that meaning is. High Life orbits an unnerving world of isolation whilst still keeping its feet on the ground. Mostly.