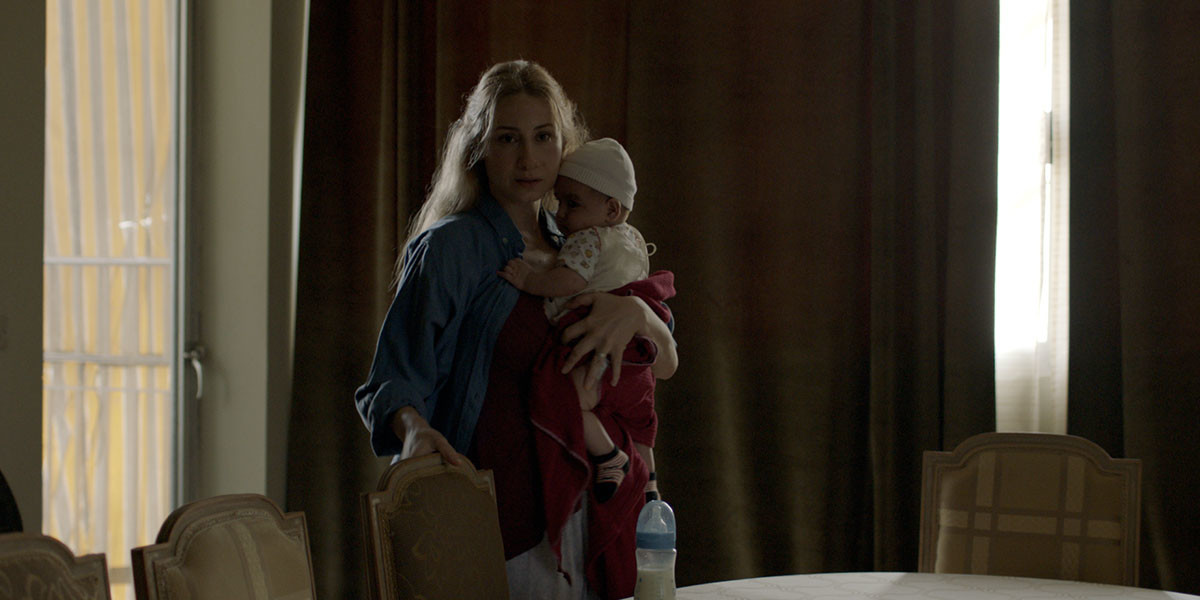 While Abbass fully inhabits her character to give a beautifully nuances performance, Van Leeuw manages to fully convey the sense of claustrophobia felt throughout the film. A truly enlightening watch which might leave some audiences stunned and in awe of its honest and raw portrayal of war.

Belgian director Philippe Van Leeuw may not seem like the most obvious person to direct a film about the Syrian war, but then again the same could have been said about Italian director Gillo Pontecorvo and his seminal film about the the Algerian war of independence, The Battle Of Algiers (1966), a film which remains to this day one of the most powerful features ever made on the subject. Set inside a solitary apartment in a building in Damascus, Insyriated is certainly not for the fainted hearted, but remains nevertheless essential viewing for anyone wanting to make sense of the horrors taking place daily.

This almost unbearably claustrophobic and anxiety inducing drama manages to convey to full horror of the Syrian War from the stand point of one woman’s determination and resilience in the eye of devastation and daily strife. Using allegorical language to convey the full impact the war on domestic life, Van Leeuw attempts, and mostly succeeds at making the voices of the women caught in this madness heard.

Hiam Abbass is Oum Yazan, a middle class mother of three caught in the cross fire between governmental forces and the insurgents. Refusing to leave her home even after all of her neighbours have move out, Oum Yazan has even taken on some strays, a teenage boy who is in love with one of her daughters, and a young couple with a new born baby. With her husband absent, Oum Yazan has barricaded herself and those close to her in a fortress in the hope of riding out the storm. When the husband of her young neighbour is shot by a sniper on the way out, the woman is faced with a dilemma about informing his young wife or keeping it a secret until it’s safe to go outside and check if he’s still alive.

Philippe Van Leeuw who writes as well as directs, uses Oum Yazan character’s to symbolise the resilience of the country itself. Her apartment becomes symbolic of all those who have stayed behind despite food and water shortages and the everyday terror of indiscriminate bombings. Standing alone in the eye of daily aggression, Oum Yazan’s decisions are motivated by her willingness to keep everyone safe even if she must go against her own conscience to achieve thats.

While Abbass fully inhabits her character to give a beautifully nuances performance, Van Leeuw manages to fully convey the sense of claustrophobia felt throughout the film. A truly enlightening watch which might leave some audiences stunned and in awe of its honest and raw portrayal of war.

Insyriated is on general release on Friday 8th of September.