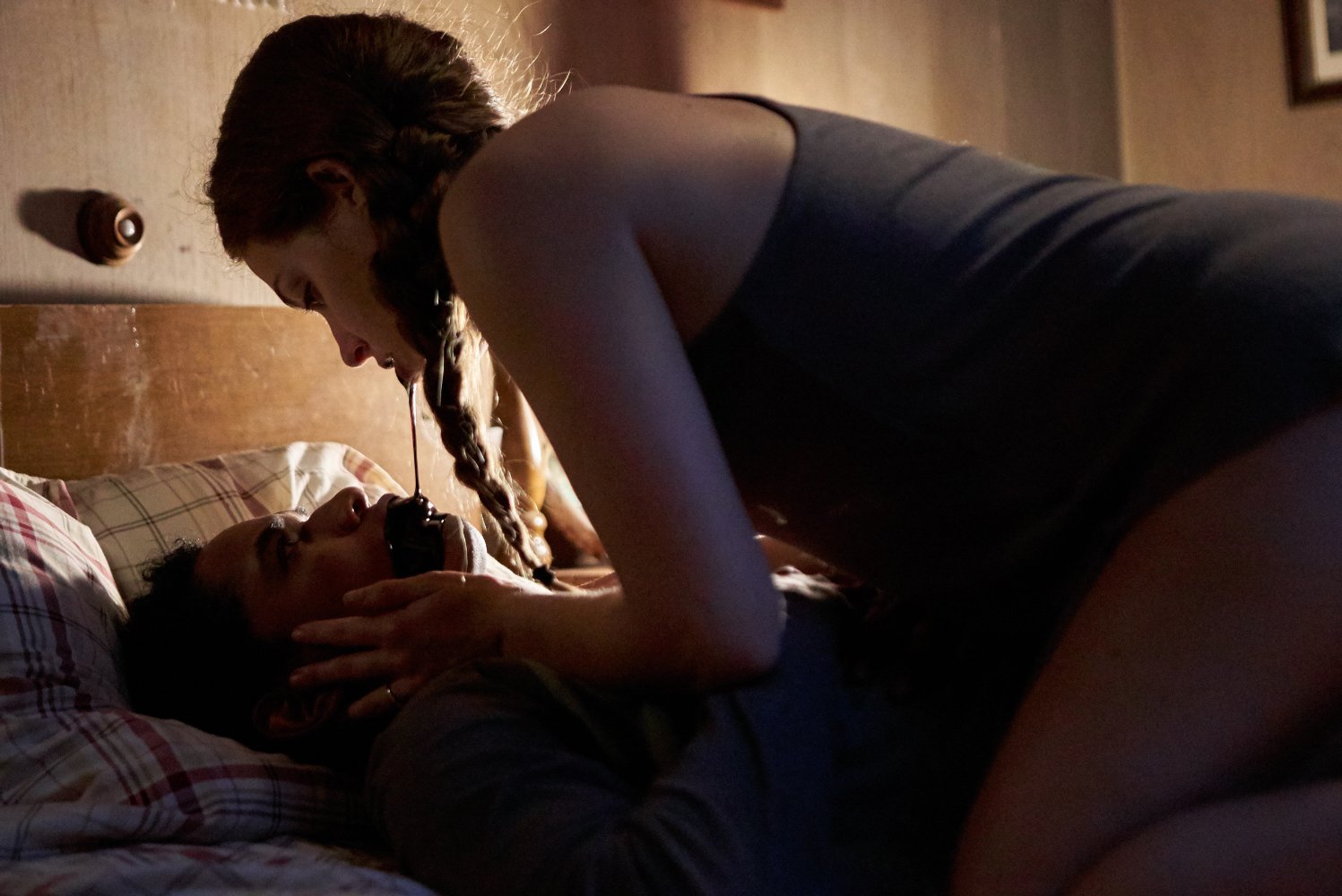 Film Review: It Comes At Night

Published July 5, 2017 By Linda Marric
Review of: It Comes At Night

As intelligent horror movies go, It Comes At Night isn’t so much senseless blood and gore, but rather a film which will inject a sense of fear, paranoia and utter despair in its audience. Written and directed by Trey Edward Shults, the film manages to play on its audience’s deepest fears by using clever devices which will make even the most seasoned horror fans jumped out of their skin. Playing on the whole tried and tested “cabin in the woods” trope, Shults manages to bring something fresh and classy to the proceedings without ever resorting to cheap tricks or tired clichés. Borrowing from Romero, Carpenter and even from John Hillcoat’s The Road (2009), the film cleverly plays on the idea of trust in a bleak post-apocalyptic envirement, all the while treating  its audience like adults and never spoon-feeding them.

Paul (Joel Edgerton), his wife Sarah (Carmen Ejogo) and their teenage son Travis (Kelvin Harrison Jr.) are holed up in a desolate barricaded farm house with a threat of an unknown disease killing anyone who comes into contact with it. Having managed to survive the outbreak so far, the family is one night woken up by an intruder who has somehow managed to break into their secure compound. After much deliberation Paul decides to invite the intruder named Will (Christopher Abbott) and his family to join them and share what little food and water they have left.

So far, so classic horror fodder, however where It Comes At Night differs from the usual pedestrian zombie apocalypse narratives, is with its ability to steer clear from obvious scares. As relationships between the two families disintegrates, paranoia and a mistrust start to show,  leaving the audience having to make its own minds up about who to side with. Edgerton is phenomenal in his portrayal of a man whose only object in life is to keep his family safe and who is prepared to do whatever it takes to achieve this. Christopher Abbott puts in impressive performance as someone who never makes it easy for anyone to second-guess him, while Riley Keough excels as his equally shifty partner. A special mention must also go to the brilliantly sedate and thoroughly believable turn by Kelvin Harrison Jr, as a teenager who is willing to give others a chance, even if he doesn’t fully trust them.

It Comes At Night presents it audience with a clever, gripping and brilliantly crafted narrative which will not only impress, but which will also keep them on edge till the the very end. A thoroughly enjoyable piece of filmmaking which mixes straightforward horror with psychological intrigue. A must see.

It Comes At Night is on general release Friday July 7th.