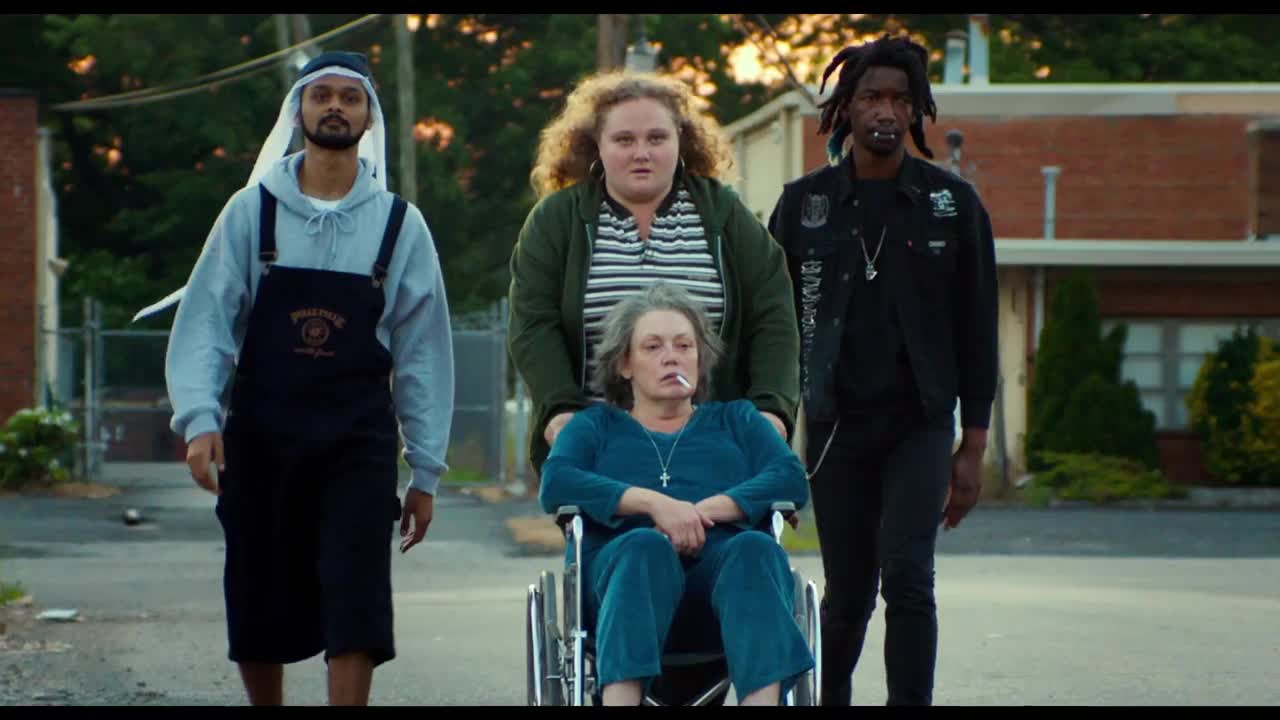 Coming literally out of nowhere to win hearts and souls this summer, Geremy Jasper’s brilliant first feature Patti Cake$ is everything you would want it to be and more. This coming of age story which sees an unlikely white female rapper from New Jersey find her voice, has a punk rock spirit with a power ballad soul and everything else in between. Patti Cake$ is 8 Miles if 8 Mile didn’t take itself too seriously, and if Eminem were a vivacious bigger than life jersey girl with red hair who could spit more rhymes than Drake and had more balls than Kanye. Staring Australian new comer Danielle Macdonald as the fearless Patti, the film mixes social and poetic realism to tell a story of struggle and  triumph whilst seldom falling into the predictable or the facile. 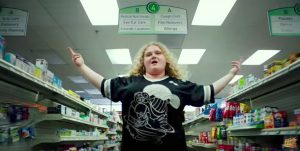 Patricia (Macdonald) or Patti Cake$ as she prefers to be called, lives with her mother Barb (Bridget Everett) a former ’80s torch singer turned Karaoke bar entertainer and her ailing grandmother (Cathy Moriarty) whose medical bills are proving insurmountable for the family. Dreaming of making it big in the male dominated world of rap and fantasising about world domination with her friend Jheri (Siddharth Dhananjay), Patti is finding it hard to convince those close to her that she is as good as she says. However things start to fall into place when a chance encounter with a loner black punk artist calling himself Bastard (Mamoudou Athie) gives Patti an idea which could see her, Jheri and their mysterious new friend hit the big time.

Jasper’s manages to expertly convey the frustration of his protagonists without ever taking himself too seriously, with a dialogue which has its tongue firmly in its cheek, and some brilliantly judged performances from the trio, the film takes its audience into a roller coster ride of emotions and euphoric musical moments. Australian Macdonald, not only offers up a faultless American accent, but she also manages to handle her very wordy  task with huge gusto and an admirable fearlessness.

Patti Cake$ is charming without ever being saccharine and ballsy without ever taking itself too seriously. Geremy Jasper’s ability to inhabit the world of Patti and relaying it back to his audience is truly remarkable. A genuinely thrilling and thoroughly affecting piece of filmmaking which is not likely to go unnoticed. A beautiful piece of modern Americana which is sure to bring joy to its audiences.

Patti Cake$ is out Friday 1st of September.