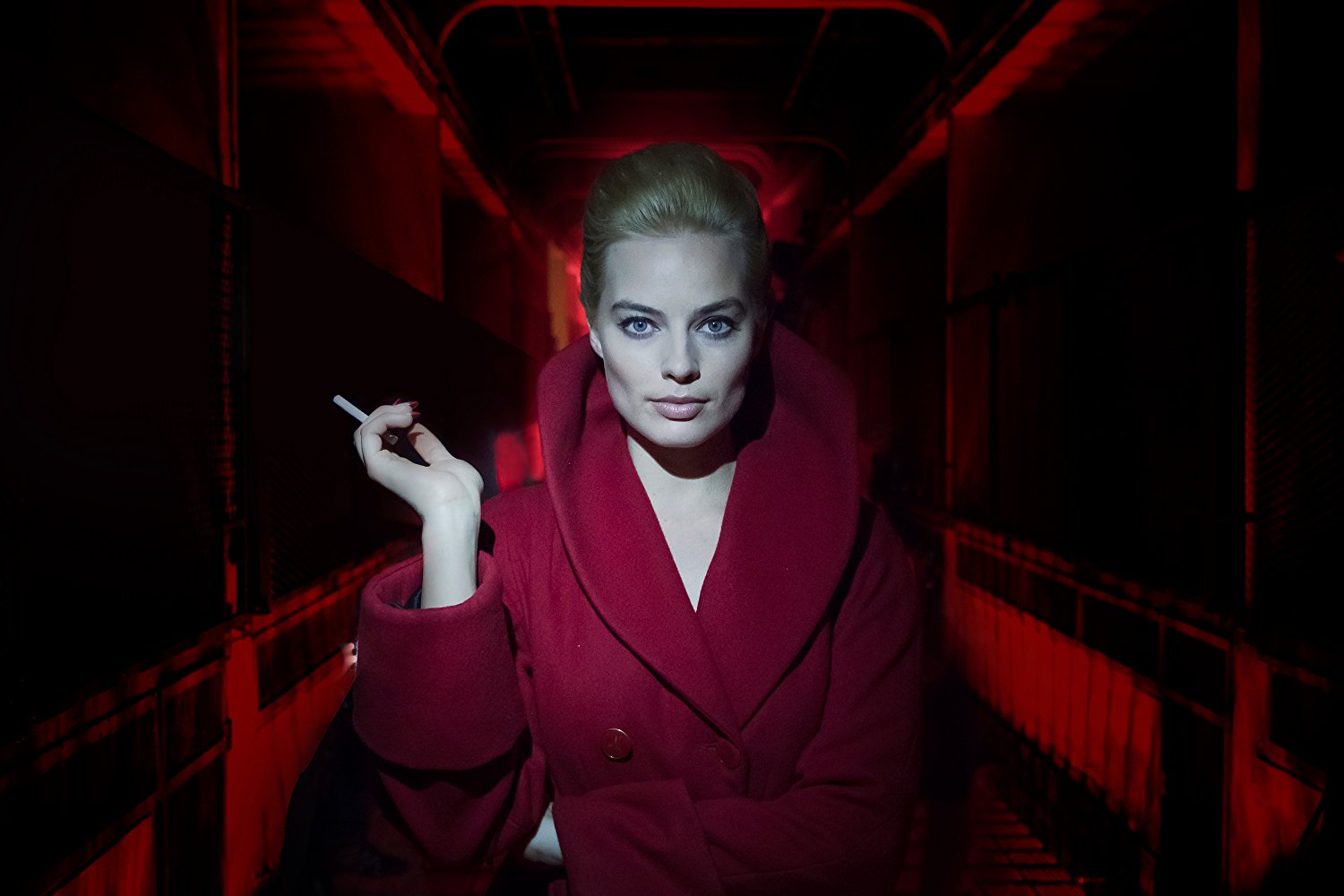 Director Vaughn Stein has put his own spin on the classic genre in his gritty, neo-noir, Terminal. Margot Robbie heads up this impressive cast, which includes Mike Myers, Simon Pegg and Dexter Fletcher. Aesthetically Terminal does what a neo-noir should do; the chiaroscuro lighting, the anonymous big city, blaring neon lights and a deadly and seductive femme fatale. Unfortunately, that is where it stops and there’s only so far the superficial can take us until our interest begins to wane. Stein does, however keep the audience watching with various loose ends running through the narrative waiting to be tied. Several large twists present themselves, where one would suffice. The film promptly leaves noir territory and settles comfortably into a more routine and predictable Hollywood thriller narrative, that even its hardboiled script fails to anchor in its desired genre.

With influences from the likes of Blade Runner and Tarantino the film is also dotted with the red and blue hues reminiscent of Neon Demon and Only God Forgives. Terminal is a mash-up of the classic and contemporary and elements of both are done well but the fact that the well-executed areas are almost entirely aesthetic, the film is hindered by a lack of substance.

The characters feel particularly one dimensional in an unintentional way where even Robbie is unable to escape a stale performance. Myers’ return from a lengthy hiatus to co-star here is as baffling as the over-saturated narrative of a film that isn’t sure of what it wants to be.

The many sub-plots make for a confusing storyline and would have been much more effective as one or two interlinking narratives. Within the films’ hotchpotch of tropes, only few of them make sense and add to the story in any way. Ideas surrounding surveillance never really get fleshed out and Myers character of Mr Franklin needs to be more clearly thought out.

“Why?” seems to be the overarching response to this Frankenstein’s monster of a contemporary noir. A film that has so much potential to be beautiful, clever and weird but has sadly fallen flat and has failed to deliver even with its strong cast in tow.