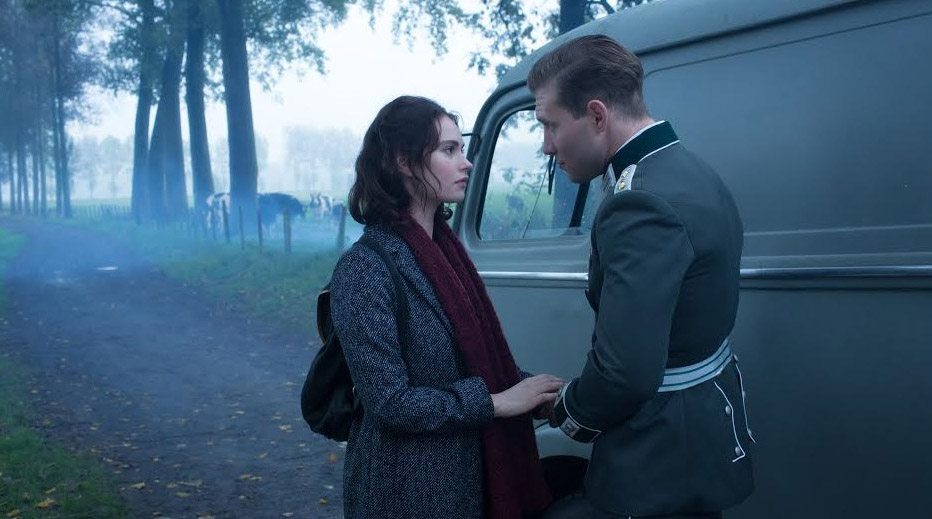 Published September 27, 2017 By Zehra Phelan
Review of: The Exception

Lead with sexual enthusiasm over conversation, there is a niggling feeling that James’s Meike isn’t who she makes out to be. The first telltale sign is when she leads the charge with her overly confident manner when she offers herself to Brandt in his living quarters. Their love seems to be built on carnal passions, behind closed doors, the pair is very rarely seen together outside of a bed but in public view, glances and stolen moments are met with suspicion from Brandt.

Leaveaux has taken a brave step in revealing the humanity beyond the face of evil, Plummer’s Kaiser, once a man sympathetic towards the fascist cause with his anti-Semitism has become an admirable man who likes to relax on the grounds of his estate chopping wood. From turning the blind eye on the affair between Brandt and Meike, when his wife demands her dismissal, to his disgust at the thought of torturing children when Himmler, played with rigid vigour by Eddie Marsen, declares the use of acid to be injected into their hearts. Courtney’s Brandt is also portrayed as just an upstanding Captain who only ever wanted to fight against other armies and is constantly plagued with the brutal treatment of women and children at the orders of the Nazi regime.

The excellent performances of the cast round out an exceptionally created well-paced story, giving the characters space enough to breath into development but not getting too heavily laden with detail. Evocative and diligently anxious as the finale fast approaches the longing for just that little more is never far away.

The Exception is released on September 29th