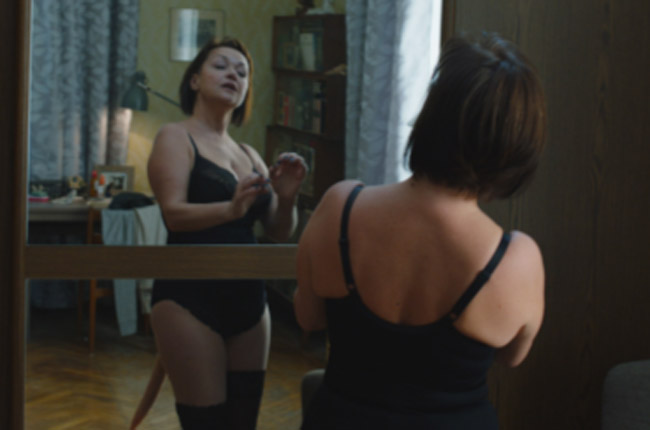 Weird yet wonderfully tender Zoology shouldn’t be written off as one of those odd foreign films with a translucent plot. Delve deeper and you’ll find a universal story that strikes a chord for women everywhere.

Tugging on humanity’s emotional core, Tverdovsky open’s up Natasha’s everyday life, her free time is spent at the local Zoo, the animals being her only friends, she communicates with them with subtle wit while feeding them bread and hot dogs until she encounters Peter (Dmitri Groshev), the radiologist she keeps encountering on her numerous visits to the hospital after each failed x-ray. A budding romance soon blossoms between the two, Natasha’s confidence builds as she changes her appearance for Peter who seemingly is disinterested in the notable appendage that frees itself in the midst of enjoyment.

It’s notable that this film is dominated by women, from Natasha to her oblivious mother who is so wrapped up in the ridiculous rumours spreading around the town about a demonic tailed witch cursing them all to the portly bulling women in her office. Focusing on the painful truth that hit women hard if they simply don’t conform to what is seen as the norm they are ostracised by society. Pavlenkova’s performance has an air of innocence behind closed doors, where no one can see her as she accepts herself for who she is, even out in society she rarely shows emotion on the surface, but her eyes are filled with painful sadness and exhaustion relating to her abnormality.

Weird yet wonderfully tender Zoology shouldn’t be written off as one of those odd foreign films with a translucent plot. Delve deeper and you’ll find a universal story that hits a cord for women everywhere. The lesson here, don’t always judge a book by its cover and dive in, you could very well find something that touches the soul.

Zoology is released on September 29th.