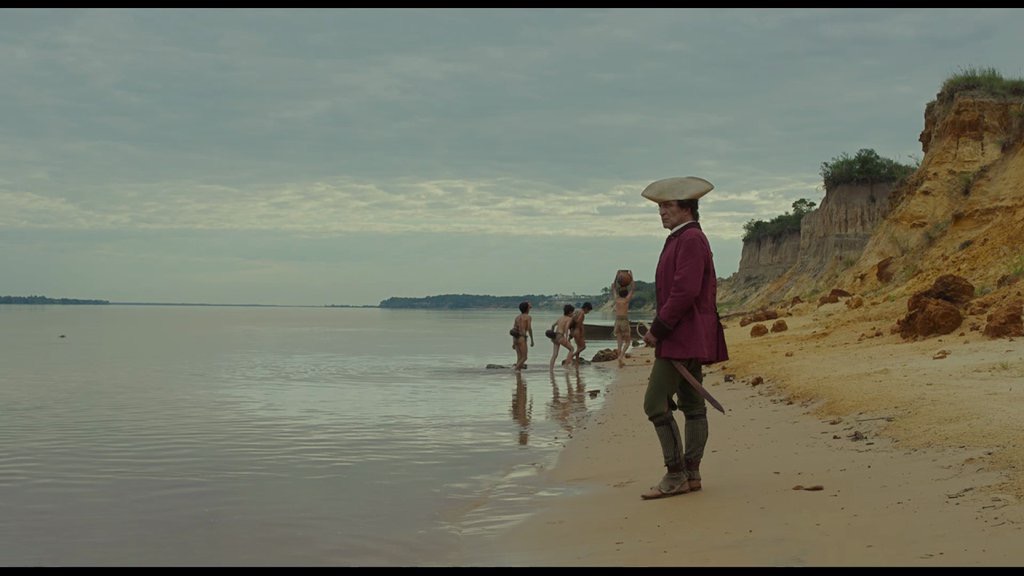 With its deft blend of magic realism and dry as bone character study, Zama often feels like a curious dream. Yet its depiction of old orders attempting to adjust to new worlds lingers in the memory with a palpable immediacy in our present days of neo-liberal meltdown and dystopian murmurings.

Zama is a sly historical anti-epic that deconstructs the expectations and assumptions viewers often bring to a certain kind of prestige film. Writer/director Lucrecia Martel’s first feature since The Headless Woman in 2008, follows the tragicomic efforts of a loyal colonial magistrate to maintain dignity as his superiors and those he rules treat him with contempt or indifference.

Set on the Asunción coast of Paraguay in the late 1700s, Zama, is adapted from the 1956 novel by Antonio di Benedetto, an Argentinian writer celebrated by Jorge Luis Borges, persecuted by the military dictatorship in the 70s and surviving in exile in Spain for many years. Martel, whose previous three films were contemporary studies of bourgeois lives in crisis, brings the novel’s spirit alive, while finding a solution to a first-person narrative that does not diminish the book’s power as political critique.

Zama, or Don Diego as he is referred to for most of the film, is a magistrate in a remote outpost who lobbies in vain for a transfer to Spain or at least a more metropolitan setting. Like his shabby powdered wig, Diego’s powers seem barely honorific. The local governor promotes a disobedient underling instead of rewarding Diego’s loyal service and the indigenous population who act as workers and servants barely listen to his modest requests. It becomes quickly apparent that as a native who was co-opted into the colonial bureaucracy, Diego is essentially a nowhere man. He is neither European or well-connected socially nor, because of his colonial education, is Diego able to relate to the native population.

During the first two thirds of Zama, Diego’s meagre power deteriorate as he pushes for an illusory transfer. Early in the film, he adjudicates the fate of a servant chained up for some minor transgression. With a rhetorical, but pointless display of his legal wisdom, Diego orders the prisoner to be freed. The man  then fearfully runs into a wall and knocks himself unconscious. Nor is his personal life free of stasis,. With his wife and children thousands of miles away Diego tries to contain his loneliness (and lust) by watching the local women bathe in the nude or unsuccessfully wooing the self-absorbed daughter (Lola Dueñas) of the treasurer.

As Diego’s melancholy shifts towards madness, the urgency of his desire for a transfer escalates. To strengthen his case with the local Governor, he agrees to write a damning report of an unpublished novel written by a civil servant with literary pretensions. Although the book is as seditious as a box of tissues, Diego completes this task to the Governor’s satisfaction. To underscore the Kafka-like world he exists in, Zama is then told his transfer is contingent on not just a letter of recommendation, but a second letter which may or may not be written a year or two after his masters in Spain respond to the first.

When the film enters its final section, Diego, in a final gamble for self-respect, agrees to lead a fruitless mission to hunt down the bandit Vicuna Porto (Matheus Nachtergaele). With his meagre team of ragged deputies and porters, Diego achieves a blackly comic form of heroism in a denouement worthy of Herzog and Bunuel.

In Zama, Martel has created a study of the imperialism that shows how its casual tyranny becomes a psychosis on the part of the conqueror. Her main character, portrayed with satirical precision by Cacho, spends his days in grim offices and lodgings morphing into a weary parody of patrician hauteur. Similarly, his betters and superiors are only just a few steps ahead on the ladder; more adept at internal politics perhaps, but still languishing in a torrid province town with subjects that barely take them seriously.

With its deft blend of magic realism and dry as bone character study, Zama often feels like a curious dream. Yet its depiction of old orders struggling to adjust to new worlds has a palpable immediacy in our present days of neo-liberal meltdown and dystopian murmurings.