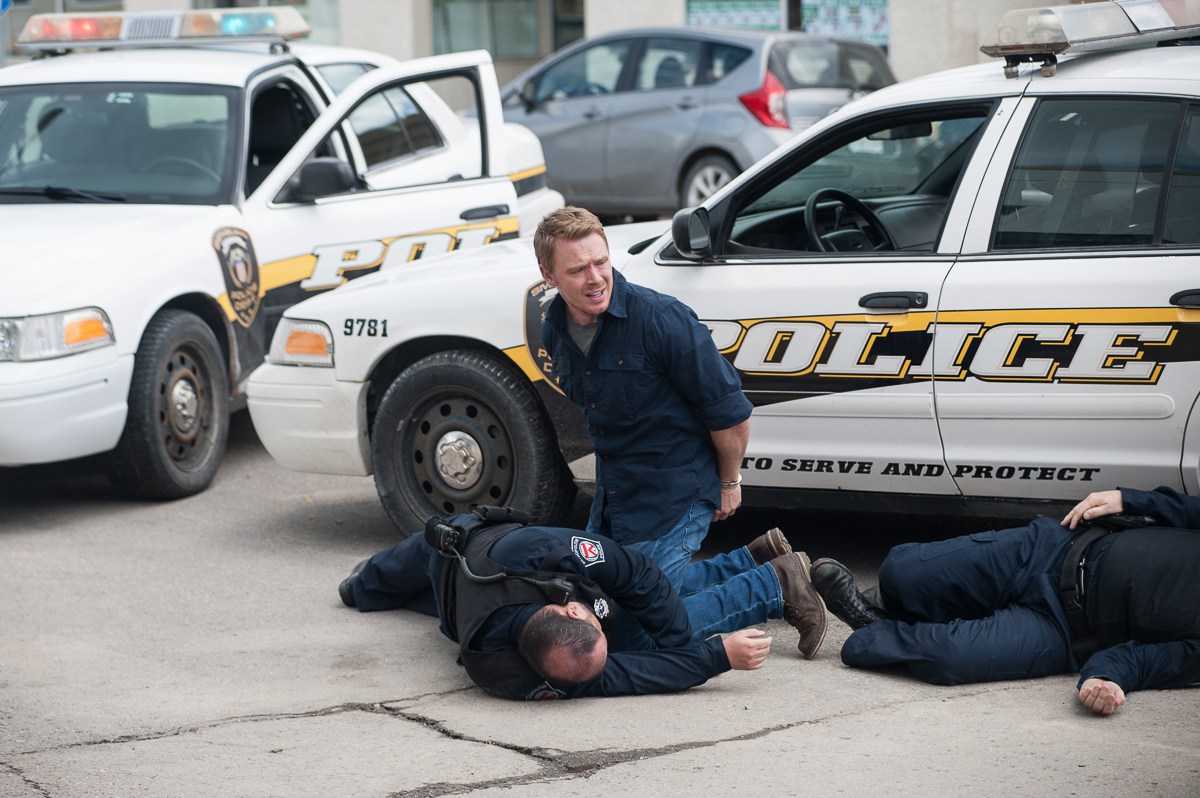 Making its European premiere at this year’s Horror Channel Frightfest, Radius is a new horror scifi feature directed by Caroline Labrèche and Steeve Léonard. Although offering an intriguing premise and a genuinely promising storyline, the film sadly fails to live up fully to  expectations, but don’t let that put you off too much, because there is plenty more to like in this ambitious production which is likely to please genre and indie fans alike.

Liam (Diego Klattenhoff) wakes from a car crash with no recollection of who he is or what has happened to him. Unsettlled by the situation he finds himself in, he makes his way into town to look for help and to find some answers. Reaching the local diner, Liam discovers dead people all around town with strange pale eyes. Believing this to be the result of a an airborne virus, Liam barricades himself in his own his house, but soon discovers that anyone who comes within a certain radius of him ends up dead instantly. However, when he meets Jane (Charlotte Sullivan) things turn even weirder when he realises that she too has lost her memory and is for some reason connected to what happened to him. The two must work together to retrace their steps and find out what has happened to each of them.

Despite losing a bit of steam towards the end, Radius manages to tells a compelling enough story which will keep its audiences guessing till the very end. Klattenhoff and Sullivan are thoroughly believable and seem to play off brilliantly against each other, while co-directors Labrèche and Léonard do a decent enough job with what one suspects are very limited resources. On the whole, a solid production which while not being perfect, will eventually win you over, that is if you are willing to ignore its obvious shortcomings.