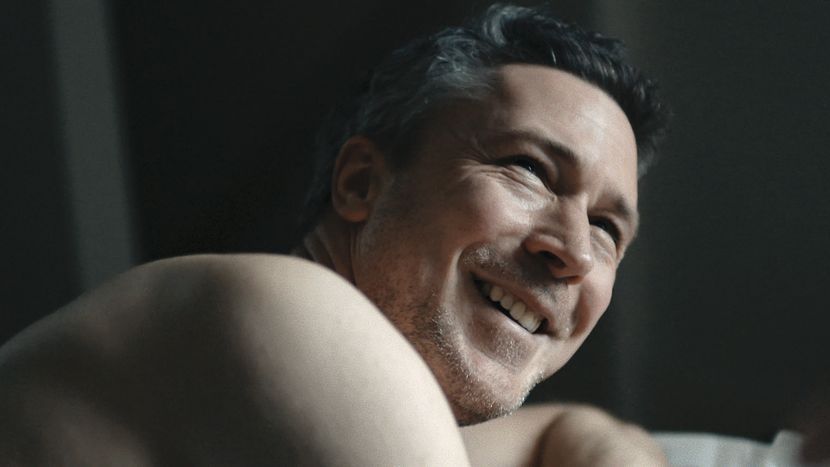 Pickups is the third collaboration between actor Aiden Gillen and writer/director Jamie Thraves. Back in 2000, Thraves give Gillen one of his first big roles in the indie Low Down and the two have kept in touch between the former’s work in commercials and music videos and the latter’s perfor-mances in TV series like The Wire and Peaky Blinders.

Pickups is a frustrating mix of meta-fiction and character study where Gillen plays a variation on himself – Aiden, a famous actor preparing for his next challenging role as a serial killer. The film is keen to de-glamorise the world of the jobbing thespian by showing Aiden shuttling between a dreary flat in Dublin, a home in London he hasn’t been able to sell and a cottage where he clumsily tries to be the cool dad with his teenage son from a failed marriage.

Promising film-within-a-film scenes reveal the difficulty involved in making the emotional break be-tween an intense acting role and the messiness of real life. However, Pickups ultimately feels like an all too tentative experiment. Many years ago, Albert Finney was criticised for being self-indulgent for examining similar terrain in his directorial debut, Charlie Bubbles, but that neglected slice of late 60s kitchen sink realism is a masterpiece compared to the low energy proceedings of Pickups. Nor does this film possess the underdog charm of Treacle Jr., where Gillen and Thraves made the most of a simple tale of a working-class eccentric. Pickups feels like a great idea on paper that was curiously abandoned in the making and what is left is a decidedly minor study of domestic stasis.