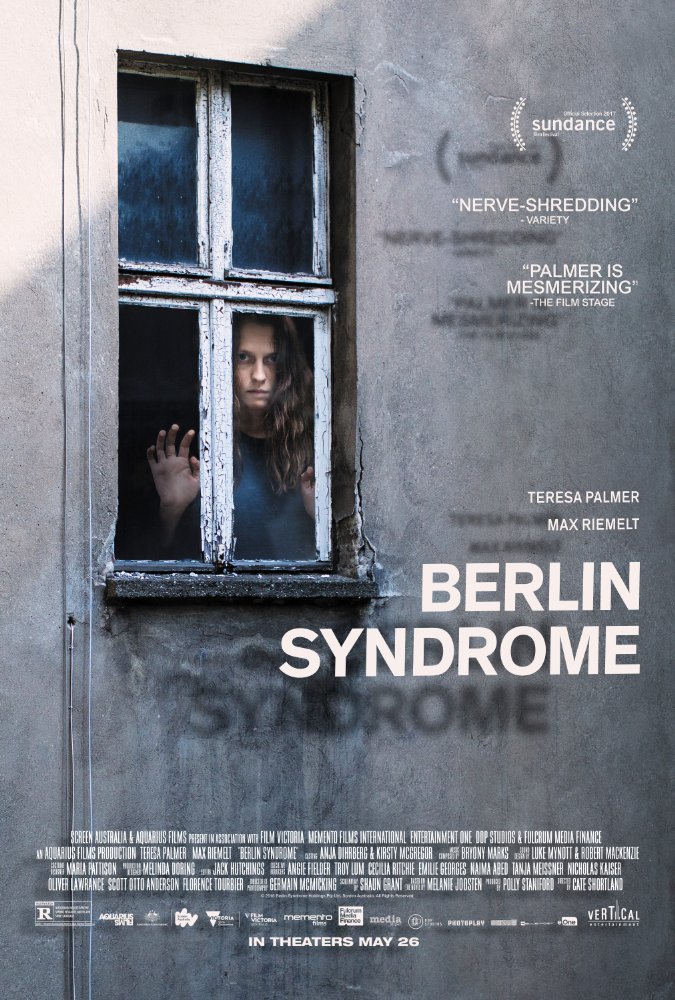 Perhaps the first thing you notice about Berlin Syndrome is its eery familiarity and deeply disturbing claustrophobic style. Cate Shortland, Director of the brilliantly received Somersault, returns with a visually beautiful yet thematically weak offering which some might find disappointing while others will warm to regardless. Dealing with very sensitive themes relating to violence, captivity and psychological intrigue, the film was  adapted by Shaun Grant from a novel by Australian author Melanie Joosten. Despite a very strong and emotionally charged performances by the main protagonists, the films sadly delivers way less than is expected of it, and will ultimately leave its audience wondering what was the point of it.

Clare (Teresa Palmer) a young Australian tourist is travelling alone in Berlin when she meets and is instantly attracted to Andi (Max Riemelt) a college teacher who offers to show her the sites of the old  East and West Berlin divide, a subject Clare has always been interested in.  The two embark on a whirlwind romance, with Andi showering his new conquest with grand romantic gestures and gifts. But the young woman starts to suspect that all is not what it seems when she is suddenly locked into Andi’s isolated apartment with no way of getting out.

It is hard to understand who this film is meant to be aimed at. Scenes of unimaginable abuse and domination are filmed with a voyeuristic intentions, which can at times feel rather unsavoury. It seems like Shortland is never really sure in which direction she wants to take this film. Her use of 60s European pop and classical music fall conformably within the slow paced nature of the narrative, but seem rather misplaced amongst the more horrific sections of the film.

Berlin Syndrome is in no way groundbreaking or challenging thematically, however its aesthetics definitely manage to bring something interesting if not completely new to psychological thriller genre.

Berlin Syndrome is out Friday the 9th of June.