Jasmine Hyde talks to Screenwords about her experience of working on the small intimate production of psychological thriller The Unseen, what it was like to come across a script with a strong female lead, and about her time as a satanic nun filming Neil Gaiman’s Good Omens.

What initially drew you to the role?

JH: I read the script about 18 months ago when the director, Gary, who I’d previously worked with in theatre gave me a couple of scripts. I read it and thought that’s a very dark, intriguing story and that Gemma’s a cracking part. A few months later Gary said he was going to do a little pilot. It was only a couple of day’s commitment so I thought, why not. Then when he said he was going to make the film, I said yes, because parts like this don’t really come along that often. So many leads are men, so it’s a bit of a refreshing change. I also thought, my God, she has to go through some stuff and that will be quite interesting, and fun. I use the term fun quite loosely, but you know what I mean.

Gemma certainly goes through some stuff. Losing a child has got to be one of the most devastating thing a person can go through, what was that like to portray that combination of grief and guilt?

JH: I think how one approaches any role is rather than being overwhelmed by huge concepts like grief and guilt, instead be true to you character and tell the story the best you can. I didn’t want people to have to watch some woman being very upset the whole time so at times we deliberately held back, otherwise she would just be sodden and that wouldn’t make a very good film. I think that losing a child must be probably the worst thing in the world and I felt responsible to do that with respect. Also being a parent myself, it’s so horrid to contemplate. It’s not a nice watch, but because the team were very lovely, chilled out and jolly team, and everybody got on and it was actually quite a happy set really. It didn’t feel like a downbeat, depressed, traumatic set, and that was a relief.

I guess it could have quite easily been quite depressing.

JH: We made sure to not let it be like that. The first Sunday that we were all up in The Lake District together we had Sunday lunch at the place we were staying and it felt like everybody wanted to be together. I think we all felt the need to have a jolly meal and make everything OK, so that we were ready to jump back into this disturbing story the next day.

I loved the character of Gemma, and I felt like even though she goes through something horrible, she’s very strong and the film finishes on a high note.

JH: It was very important for me that she wasn’t a victim that couldn’t help herself and couldn’t survive. I’m so sick of female victims being saved by a man — thankfully, we’re moving on from that nowadays. Gemma shows real resilience in the way that she fights back to keep her sanity and to keep her relationship with Will; because that’s a trauma that not every relationship would survive and she does it with dignity. She is true to her self and I like that about her. Gemma was exactly as Gary wrote her, there was never anything that I questioned or thought needed changing, so well done to Gary.

Do you feel like that the film has a place in the dialogue on the revelations that are going on with Harvey Weinstein and others in the entertainment industry?

JH: It’s not just the entertainment industry that’s being shaken up, there are ramifications everywhere, people resigning, being caught doing all the things, or being accused of things. For decades people have not spoken up about abuse of power and finally people are speaking and I can only think that that is a good thing; who knows what other revelations are going to come out. I think for the most part, and I want to be careful here because it’s not always an abuse of power by men over women, but the vast majority is and I think that it appears that people are now just having a bit more courage to say “no” and being encouraged and allowed to speak out and that’s better if it means that someone isn’t going to be bullied or assaulted or abused. 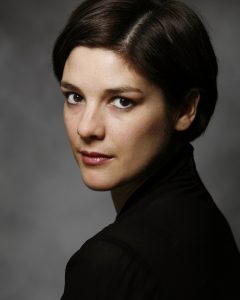 Have you ever encountered any abuses of power in your time in the entertainment industry?

I’m fortunate that I haven’t had anything super serious. There have been a couple of moments in my working lifetime where I’d really wanted to tell the boss about something that happened and I felt I couldn’t. Because I probably wouldn’t be really supported and I’d probably just be known as that girl who made a bit of a fuss about “that”. In both of those instances if they happened today, after all the Weinstein and others revelations, I would say something. So if that means that lots of other people out there now don’t accept something, that’s good. Hopefully this will make people think about their actions more and not assume that they can just get away with something because she’s going to be grateful to have the job. Unfortunately jobs in this industry are oversubscribed, particularly for women. So of course we’re really grateful for the jobs, yes we are, but that has meant in the past that people have put up with stuff that really they shouldn’t have. It’s just basic good behaviour.

What experience from this project do you think you’ll take into the next?

JH: I think that it was a very small cast and crew and that really opened my eyes because if you’re not doing a major action movie then it’s quite exciting what you can do on a relatively small budget and crew with determination, will, and hard work. It’s inspiring to see that Gary had assembled this team and made this thing and it didn’t have to be necessarily through a studio or through the big guys. This is my first leading role in a feature film, so it’s given me more confidence.

You’ve been shooting Neil Gaiman’s Good Omens, can you tell us a bit about your character?

It’s a complete contrast to my role as Gemma; I’m playing a satanic nun. It’s this sort of heightened, comic, bizarre, fictional creation. Gemma is very real, whereas this satanic nun, whilst I hope there was some emotional truth to it, was something I’ve never played before and I looked great with the habit and a hairy mole. The show has got a lot of characters, it’s got a lot of complicated sets, it’s got action sequences and explosions and it was a really interesting contrast. Working on Good Omens was absolutely brilliant and I learnt that it’s not the bigger the better. Sometimes when you’ve got a simpler set up and less people and you’ve just got a really interesting scene that you’re playing it’s just such a joy, really. It doesn’t have to be all bells and whistles to be good.

The Unseen opens in UK cinemas on 15th December 2017